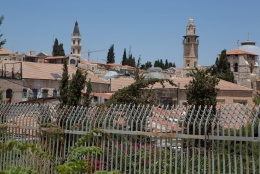 On 18 September 2020, Al-Haq submitted an amicus curiae submission to the Appeals Chamber of the International Criminal Court (ICC), in the case of the Prosecutor v Bosco Ntaganda.

The submission proposes that in considering the meaning to be ascribed to notions such as ‘means and methods of warfare’, and the meaning ascribed to the notion of ‘conduct of hostilities’, the Court must look beyond ‘traditional conceptions’ of the European battlefield. It is necessary for the Court to recognise contexts where the ‘ultimate aim’ of military operations are unlawful goals of annexation and colonialism. In such contexts, the type of ‘attacks’ which constitute Rome Statute war crimes are carried out not only through ‘classic methods of warfare’ such as shelling and sniping, but also where civilians are endangered by a military infrastructure of walls and checkpoints, military policing, permit regimes, administrative detention, and the monitoring of cyberspace for dissent.

In addition, Al-Haq noted the importance of interpreting the war crime of pillage in such a way as to not preclude the possibility of cultural objects appropriated by a belligerent military force, including that of an Occupying Power, for state use, such as for display in museums. The pillage of Palestinian cultural objects and natural resources has been a cornerstone of the prolonged occupation of the West Bank, including East Jerusalem, and the Gaza Strip.

This amicus curiae submission follows Al-Haq’s earlier submission in March 2020 in the Situation in the State of Palestine.