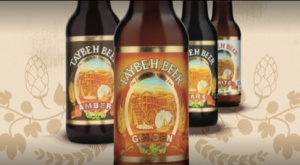 In March 2019, Palestine Just Trade Incorporated (PJTI), a Canadian corporation, received approval from the Liquor Control Board of Ontario (LCBO) for the import of 5 types of beers and 5 varieties of wines from Taybeh Brewing Company, a Palestinian brewery based in Taybeh in the occupied West Bank. The labels for each of these ten Taybeh products were pre-approved before shipping by the LCBO on 28 March 2019.  The label approvals included the product origin as “Product of Palestine.” PJTI explained to Al-Haq, that in May 2019, the Taybeh products were shipped along with a consolidated order from Haifa, which included goods labeled, “Product of Israel”. At the time, the shipment represented the first ever export of Taybeh products or any other Palestinian beer and wine into the Canadian market.

According to PTJI, the container of Taybeh beers and wines arrived in Canada on 16 July 2019, whereupon LCBO began the processing and testing of products, as per usual processes. On 2 August 2019, the Taybeh products were ready for sale to the Canadian market.[1] However on 6 August, PJTI received a message that LCBO had placed the Taybeh products on hold, due a recent Federal Court decision, whereupon PJTI immediately notified Taybeh of the delay.

On 29 July 2019, the Federal Court of Canada ruled in Kattenburg vs. Attorney General of Canada, that illegal settlement products cannot be labeled as “Product of Israel” as Canadian law requires that consumers have accurate information to inform their purchasing decisions. Now following the ruling in this case, Canada has delayed the Taybeh imports for labeling assessment, even though these are legitimate Palestinian products.[2]  There is no indication that any Israeli products including those from settlements, illegal under international law and recognized as such by Canada, have been held for such assessments.[3]  On 6 September 2019, the Canada’s Attorney General initiated an appeal of federal court decision in Kattenberg.[4]

On 27 August 2019, the Liquor Control Board of Ontario (LCBO) then informed legal counsel for PJTI that it was waiting on the Canadian Food Inspection Agency (CFIA) for further instructions on labeling.  PJTI and Taybeh continue to wait for a decision by the LCBO for release and/or relabeling of the Taybeh wine and beer.

Israel routinely delays and hinders the export of Palestinian products, impeding the development of Palestine’s export economy. Mr. Nadim Kanaan Daoud Khoury, the manager of Taybeh, described to Al-Haq, how Taybeh had “obtained the necessary licenses from the Palestinian Authority and from the Israeli authorities as we export through Israeli ports.”[5] However, according to Mr. Khoury, the Israeli authorities had initially refused to mix “Product of Israel” goods with “Product of Palestine” delaying the export from Haifa by two months.

The Canadian authorities have further unduly delayed the import of Palestinian Taybeh wines and beers, despite Palestinian Authority (PA) assurances to the CFIA, “that the Taybeh products that have been placed on hold have not been produced in any Israeli settlement.”[6] Meanwhile, over 60 illegal settlement wines currently produced in the occupied Syrian Golan and the occupied Palestinian territory, yet labeled as “the Israeli-occupied Syrian Golan Heights or Israeli-occupied Palestinian territory” are being sold freely to consumers on the Canadian market,[7]highlighting Canada’s discriminatory import practices and bias rationale against Palestinian products.

It must be noted that the State of Palestine, while not recognized by Canada, is internationally recognized as a non-member observer State of the United Nations and is party to over 60 international multilateral treaties.[8] In addition, following the adoption of the Oslo Accords, Canada and the Palestine Liberation Organization (PLO) entered the Joint Canadian-Palestinian Framework for Economic Cooperation and Trade Between Canada and the Palestine Liberation Organization on Behalf of the Palestinian Authority, in recognition that “economic development is essential to peace and stability”.[9]  In this vein, the Canadian government assures that “Palestinian exports to Canada benefit from preferential treatment offered in the 1997 Canada-Israel Free Trade Agreement (CIFTA)”[10] and the modernized CIFTA that came in place on September 1, 2019.[11]

However, as a High Contracting Party to the Fourth Geneva Convention, Canada has an obligation to respect and ensure respect for the Convention.[12]  In addition, the United Nations Security Council (UNSC) resolution 2334 (2016), calls on States to distinguish in their dealings between the territory of the State of Israel and territories occupied in 1967. By allowing settlement producers to freely import goods labeled “the Israeli-occupied Syrian Golan Heights or Israeli-occupied Palestinian territory” and delaying the import of Palestinian products labeled as “Product of Palestine”; Canada is simply facilitating the theft of Palestinian land and validating it commercially, in contravention of the Fourth Geneva Convention and UNSC resolution 2334, while denying Palestinian economic development. Al-Haq calls on Canada to immediately release Taybeh wines and beers for import into the Canadian market without any further and undue delay, and further calls on Canada to take steps to not only ensure the accurate labeling of goods, but to prohibit the import of illegal settlement goods and services into the Canadian market, in compliance with international law.

[1] Palestine Just Trade, “We are Still Waiting for the Release of Taybeh Wine and Beer from the LCBO” (14 October 2019), available at: http://palestinejusttrade.ca/taybeh/we-are-still-waiting-for-the-release-of-taybeh-wine-and-beer-from-the-lcbo/

[9] Joint Canadian-Palestinian Framework for Economic Cooperation and Trade Between Canada and the Palestine Liberation Organization on Behalf of the Palestinian Authority, available at: https://www.international.gc.ca/trade-agreements-accords-commerciaux/agr-acc/other-autre/palestine.aspx?lang=eng