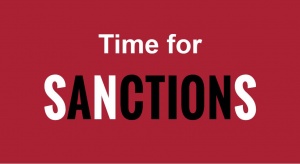 On 1 September 2019, Israeli Prime Minister Benjamin Netanyahu announced that “Israel will apply sovereignty to all West Bank settlements. There will be no more uprooting [of settlements], with God’s help we will apply Jewish sovereignty over all communities as part of the land of Israel and the State of Israel.”[1]Notably, the Prime Minister’s stated plans would result in the annexation of the 250illegal West Bank settlements and outposts, into Israel, in violation of international law. Critically, Israel has illegally transferred in over 600,000 Israeli Jewish settlers to colonize the occupied Palestinian territory.[2]Prime Minister Netanyahu’s recurringthreats to annex large tracts of the Palestinian territory comes only six months after United States (US) President Donald Trump signeda “Proclamation on Recognizing the Golan as Part of the State of Israel”, effectively rubber stamping Israel’s illegal annexation of the occupied Syrian Golan. Al-Haq warns, that the international community’s failure to hold Israel to account for previous illegal acts of annexation in Jerusalem and the occupied Syrian Golan, has granted Israel a carte blancheto continue its belligerent occupation and colonialist annexationist expansion, unconstrained.

Since 1967, the United Nations (UN) has adopted numerous and comprehensive resolutions warning against Israel’s unlawful acquisition of Palestinian territory through the use of force. UN Security Council Resolution 242, adopted unanimously in the aftermath of Israel’s establishment of a military occupation in the Palestinian territory underscored “the inadmissibility of the acquisition of territory by war” and called on Israel to withdraw its troops from the occupied territory. Some 52 years later, Israel maintains a prolonged belligerent occupation of the Palestinian territory, a situation which the UN Special Rapporteur Michael Lynk has recently warnedmay have “crossed a red line into illegality”.

The UN Security Council has also adopted Resolutions 446,[3]452,[4]465, 471,[5]and 476 all of which unequivocally affirm that Israel’s “settlements … have no legal validity and pose a serious obstacle to peace.” Importantly, UN Security Council Resolution 465 (1 March 1980), imposes third State obligations “not to provide Israel with any assistance to be used specifically in connection with settlements in the occupied territories.” Meanwhile, UN Security Council Resolution 476 (30 June 1980), states that, “all legislative and administrative measures and actions taken by Israel, the Occupying Power, which purport to alter the character and status of the Holy City of Jerusalem have no legal validity and constitute a flagrant violation of the Fourth Geneva Convention.” Finally, UN Security Council Resolution 2334 (23 December 2016), states that,Israel's settlement activity constitutes a “flagrant violation” of international law and has “no legal validity”. It demands that Israel stop such activity and fulfill its obligations as an Occupying Power under the Fourth Geneva Convention. However, despite the numerous Security Council resolutions over the past seven decades, Israel continues its unlawful and permanent colonization of the Palestinian territory, without meaningful action or sanction.

Notably, the settlement enterprise violates a number of international humanitarian law provisions including prohibitions on the permanent appropriation of private and public immoveable property,[6]the prohibition on the destruction of private property not justified by military necessity,[7]the prohibition on the transfer in of the nationals of the Occupying Power into occupied territory, and the forcible transfer out of the protected occupied population, violations which may amount to war crimes and crimes against humanity.[8]

Al-Haq recalls that in comparative occupations, the UN Security Council has acted with stronger measures, noting that in the context of the 1990 Iraqi occupation of Kuwait, the UN Security Council decided that, “all States shall prevent, the import into their territories of all commodities and products originating in Iraq or Kuwait exported therefrom after the date of the present resolution”.[9]More recently in the context of the Russia’s illegal annexation of Crimea and Sevastopol, the European Union immediately responded with economic sanctions.[10]Al-Haq calls on third States to unilaterally or collectively implement trade sanctions against Israel, to ensure Israel’s compliance with international law and prevent further erasure of Palestinian presence from the occupied territory.

[3]In this respect, UN Security Council Resolution 446 (22 March 1979),explains that “the policy and practices of Israel in establishing settlements in the Palestinian and other Arab territories occupied since 1967 have no legal validity and constitute a serious obstruction to achieving a comprehensive, just and lasting peace in the Middle East”.

[4]UN Security Council Resolution 452 (20 July 1979),states that “the policy of Israel in establishing settlements in the occupied Arab territories has no legal validity and constitutes a violation of the Fourth Geneva Convention relative to the Protection of Civilian Persons in Time of War of 12 August 1949” and “calls upon the Government and people of Israel to cease, on an urgent basis, the establishment, construction and planning of settlements in the Arab territories occupied since 1967, including Jerusalem.”

[5]UN Security Council Resolution 471 (5 June 1980) states that, “Protected persons are entitled, in all circumstances, to respect for their persons . . . They shall at all times be humanely treated, and shall be protected especially against all acts of violence or threats thereof…”

[8]Article 49 of the Fourth Geneva Convention (1949),“The Occupying Power shall not deport or transfer parts of its own civilian population into the territory it occupies.”

[10]SeeIllegal annexation of Crimea and Sevastopol: EU extends sanctions by one year, 19 June 2017, European Council, Council of the European Union, available at: https://www.consilium.europa.eu/en/press/press-releases/2017/06/19/crimea-sevastopol-eu-extends-sanctions/