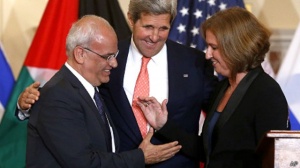 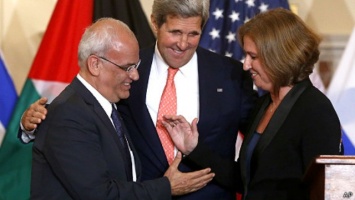 The Palestinian Human Rights Organizations Council (PHROC), a coalition of 12 Palestinian human rights organizations operating in the West Bank and the Gaza Strip, believes in the importance of settling international conflicts peacefully and believes that negotiations are a legitimate means to achieve this end, provided that they adhere to international legal standards. These standards include:

Since the early stages of Palestinian-Israeli negotiations during the Madrid Peace Conference of 1991, and the signing of the Palestinian-Israeli Declaration of Principles and the Oslo Accords in 1993, Palestinian human rights organizations have cautioned the relevant parties of the dangers involved in ignoring principles of international law and human rights standards in the negotiations process. Palestinian human rights organizations have also continuously brought to the attention of the international community the risk involved in failing to legally characterize Israel as an Occupying Power that must administer the occupied Palestinian territory (OPT) within the rules and provisions of IHL.

The absence of international law as a basis in Palestinian-Israeli agreements, and the complete disregard for the international dimension of the Palestinian cause, evidenced by the decision to limit the peace process to bilateral negotiations, have led to continued and increasing violations of Palestinian rights. Since the signing of the Oslo Accords in 1993, the number of Israeli settlers in the West Bank has increased from approximately 120,000 to about 500,000. The Palestinian people have effectively lost Jerusalem, which has become completely isolated from its Palestinian surroundings. In addition, the Gaza Strip has been completely cut off from the West Bank and both the Ibrahimi Mosque and Hebron itself have been divided. At least 12% of the total area of the West Bank has been seized for the purpose of the construction of the annexation wall. Moreover, the Palestinian people have lost the water resource provided by the western aquifer. The Occupying Power also takes a share of the Palestinian Authority’s tax revenues without fulfilling its obligations towards the protected Palestinian population. The West Bank has been fragmented into three zones that are separated and isolated by military checkpoints and settlement bypass roads.

While it stresses its commitment and adherence to peaceful means to resolve and settle international conflicts, PHROC is surprised by the Palestinian leadership’s decision to return to bilateral negotiations without actual and explicit guarantees to halt settlement activities, and no clear guarantee with regards to the Occupying Power’s obligation to dismantle existing settlements. Furthermore, there is no emphasis in the current peace effort on the importance of ensuring that Israel respects and adheres to international law and human rights standards as a reference and basis for negotiations. PHROC calls upon the Palestinian leadership to learn from the failures of previous negotiation processes with Israel and to avoid repetition of mistakes that have facilitated the current situation in the OPT. Accordingly, PHROC believes that the Palestinian leadership must respect and adhere to the following principles: