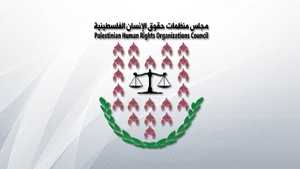 On 20 October 2015, PHROC held an urgent meeting with representatives from the European Union (EU) and foreign missions to the Palestinian Authority. Ten foreign representatives, the EU representative, as well as representatives of international organisations attended the meeting which took place in the Al-Haq office in Ramallah.

During the meeting, PHROC called on international intervention given Israel's recent grave escalations in violence including settler attacks, extrajudicial killings, excessive and lethal use of force which may amount to war crimes, as well as punitive house demolitions as a form of collective punishment and means to forcibly evict residents - all practiced in the Occupied Palestinian Territory (OPT).

In addition, PHROC called on the international community to publicly condemn breaches of international law by Israel, the Occupying Power, and hold Israel accountable for the current escalation in violence. The Council also stressed that the international community should maintain that the current situation comes as a result of a prolonged occupation, illegal annexation of Palestinian land, and the settlement enterprise. Additionally, PHROC called for UN Security Council sanctions, both economic and commercial, to be imposed on Israel, and  requested international protection for the occupied Palestinian people.

Representatives from various Palestinian human rights organisations in the West Bank and the Gaza Strip (via video conference) participated in the meeting. They presented Israel's violations in the OPT; including cases of extrajudicial killings, some of which targeted children; incidents of arrest and torture; evicting Palestinians from Jerusalem and isolating its neighbourhoods; the expansion of the settlement enterprise; in addition to the continued closure of the Gaza Strip, separating it from the West Bank. Furthermore, they reiterated the need to hold Israel, as the Occupying Power, accountable for crimes it has committed in the OPT. Finally, representatives of the Council expressed their disappointment in the EU's official statements pertaining to the current situation as they do not live up to their legal responsibility, whether as a union or member states.

For more details, please see the following issued by PHROC: