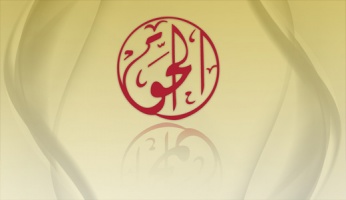 Last week, Al-Haq documented an extremely distressing case in which a minor from al-’Eisawiyya (Jerusalem governorate) was arrested by Israeli soldiers, physically assaulted, verbally abused and taken to a police station in Jerusalem for interrogation.

In its latest report, Bound, Blindfolded and Convicted: Children held in military detention (2012), Defence for Children International (DCI) has highlighted a pattern of violations suffered by Palestinian minors who had been arrested, interrogated and detained by the Israeli military. Most of the arrests occur during violent raids, which are regularly carried out by Israeli soldiers at night. In the majority of cases, children and parents are not informed of the reasons for the arrest. Throughout arrest and interrogation children’s hands are tied behind their backs, and in many cases they are blindfolded. Furthermore, children are exposed to verbal and physical abuse at the moment of the arrest, during the transfer to the interrogation facility or police station, and during the interrogation itself. While held in interrogation facilities or police stations, children are not provided with proper clothing, are often exposed to extreme temperatures and deprived of food and/or water. During the interrogation, minors are not assisted by a lawyer or tutor, and are verbally and physically assaulted. According to the specific circumstances of each case, these abuses may amount to torture and ill-treatment.

On 4 December, at approximately 7:30 am, Ahmad ‘Uthman Gharib (12 years old) was heading back to his home in al-‘Eisawiyya (Jerusalem governorate) following a medical appointment. While Ahmad was walking by himself in a street nearby his home, he was surrounded by three cars, driven by men in civilian clothing. One of the men insulted Ahmad and ordered him not to move at gunpoint. Despite Ahmad’s attempts to run away, he was eventually caught by one of the men, who hit him in the back with a gun. Afterwards, Ahmad had his hands cuffed behind the back with plastic ties and was forced into the back seat of one of the cars. Recalling that on previous occasions men in civilian clothing speaking Hebrew had arrested children in al-‘Eisawwiyya, Ahmad assumed that the men who abducted him were under cover Israeli soldiers.

One of the soldiers repeatedly hit Ahmad while the car was leaving al-‘Eisawiyya neighbourhood. Shortly after, the car stopped in front of al-Makassed Islamic Charity Hospital in Attour neighbourhood, in Jerusalem. There, one of the Israeli soldiers forced Ahmad out of the car and repeatedly hit his right shoulder, causing extreme pain to the child. Subsequently, the soldier took Ahmad back into the car and drove to the Israeli police station in front of al-Sahira gate, near the Old City.

Ahmad was then taken into a room on the third floor of the police station. One of the four soldiers who were present in the room replaced Ahmad’s plastic handcuffs with metal ones and tied the child’s legs together. Before being interrogated, Ahmad was verbally humiliated and abused by the Israeli soldiers.  While the soldiers were insulting the child, a detective entered the room. The detective brought Ahmad a glass of water and then ordered him to sit on a chair outside the room. After a short while, the detective brought Ahmad back to the room and told him that his mother was arriving at the police station. The detective informed Ahmad that he was accused of throwing stones at the Israeli soldiers, and asked him the names of children from al-’Eisawiyya who throw stones. Ahmad rejected the allegations against him and told the detective that he did not know any child that had thrown stones. Shortly after, another agent entered the room, stood beside Ahmad, hit him on his back and then laughed.

After interrogating Ahmad, the detective took the minor outside the room. At that point, Ahmad saw his mother, Amal ‘Uthman Gharib (49 years old), sitting in the corridor of the police station. At approximately 10:00 am that day, Amal had been informed by Israeli agents that her son was held in custody in that police station, where she arrived shortly after. However, she was prevented from seeing and talking to her son until approximately 3:30 pm.

When Amal saw her son in the corridor of the police station, she was prevented from approaching Ahmad by the detective. The latter dragged Ahmad outside the police station and ordered him to walk in circles in the rain, while the child had his hands and ankles cuffed. When they re-entered the police station, Ahmad was extremely cold. Amal then asked the detective the reason for ordering Ahmad to run in the rain, and the detective replied that he wanted to have some fun. After some time, Ahmad and his mother were taken to a civil court, where a judge imposed a sentence of five days house arrest, a fine of 500 NIS (equals approximately to 130 USD), and a non-paid bail of 5000 NIS (equals approximately to 1,320 USD) if Ahmad would throw stones again. (Al-Haq Affidavit No.7920/2012)

Al-Haq severely condemns the arbitrary arrest and detention of Ahmad and the assault he suffered at the hands of the Israeli officers. Al-Haq calls upon Israel to abide by its  obligations under international human rights law by complying with the provisions set forth in the human rights treaties it has ratified, especially the Convention against Torture and Other Cruel, Inhuman or Degrading Treatment or Punishment, the Convention on the Rights of the Child, and the International Covenant on Civil and Political Rights.

Al-Haq stresses that minors must have access to a lawyer of their choice prior to interrogation, must be entitled to have a parent present at all time during interrogation and must be informed of their rights. Additionally, torture and ill-treatment of detainees represent serious violations of international human rights law, which become even more heinous when victims are children.