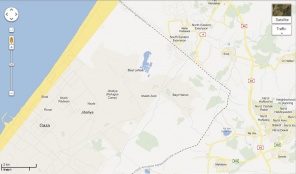 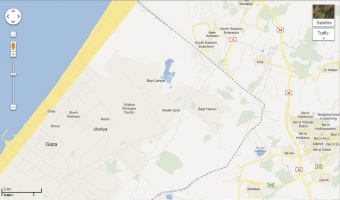 During the past week, Al-Haq documented the death of Anwar Muhammad al-Mamlouk (21 years old) and the injury to ‘Umar Isma’il Wadi (20 years old) after both men were fired upon by the Israeli military in unprovoked and disproportionate attacks. The two civilians were in an area close to the border with Israel, north of Gaza governorate, at the time. Access by the population of the Gaza Strip to areas in proximity to the border, known as the buffer zone, has been forbidden by the Israeli authorities for several years.

On 21 November 2012, Hamas and Israel agreed to a ceasefire agreement which brought to a close the latest escalation of attacks by the Israeli army against the Gaza Strip. According to the public terms of the agreement, Israel pledged to refrain from restricting residents’ free movements and targeting residents in border areas. As a consequence, several Palestinians of the Gaza Strip began to access areas in the proximity to the border once more. However, the Israeli army has continued to target civilians in the buffer zone on land and at sea. Since the ceasefire was agreed, four civilians have been killed and 64 injured by the Israeli military in this area. Despite the terms of the agreement,  the Israeli army has continued to resort to unnecessary and disproportionate use of lethal force, in violation of its obligations under international law.

On 11 January 2013 at approximately 2:30 pm, ‘Umar Isma’il Wadi arrived at the Islamic cemetery, in east Jabaliya, and saw columns of smoke rising from an area where a group of young Palestinians were located. ‘Umar assumed that the Israeli army had fired tear gas in order to disperse the group, which had gathered some 150 metres from the border. ’Umar approached the young men and talked to Anwar Muhammad al-Mamlouk (21 years old), who explained to him that the group had been picnicking and playing football in the area. Shortly afterwards, a number of Israeli soldiers stationed in four military jeeps at the border began firing again multiple tear gas canisters at the group of young men, who then started to retreat from the area. ‘Umar fainted briefly on account of tear gas inhalation, but was helped to regain consciousness by some of the youths.

At approximately 4:10 pm, ‘Umar and the other youths returned to the same area and Anwar advanced with his hands raised in the air until he was some 50 metres from the border. ‘Umar saw that Anwar was trying to talk with the soldiers when one of them fired directly at Anwar, who fell to the ground and raised his hand to signal for help. When ‘Umar ran towards Anwar to help him, the Israeli army opened fire once more and ‘Umar too fell to the ground, having been hit in his legs. ‘Umar and Anwar were transferred in a Palestinian Red Crescent ambulance to the Kamal ‘Udwan Hospital in Beit Lahiya. However, upon arrival at the hospital, Anwar was declared dead. Doctors informed ‘Umar that he had bullet shrapnel lodged in his legs. He was discharged from the hospital later that night after receiving treatment. (Al-Haq Affidavit No. 8302/2013)

Later that same day, doctors of the Kamal ‘Udwan Hospital informed ‘Ala’ Muhammad al-Mamlouk (43 years old) that his youngest brother had died after a bullet had punctured Anwar’s abdomen. The following day, the family buried Anwar in the cemetery in Gaza city. ‘Ala’ recalled that Anwar had gone to the area close to the border with a group of friends to play football. He was the youngest of 18 brothers, a second-year student at al-Azhar Faculty of Law in Gaza City and had recently finished his exams. (Al-Haq Affidavit No 8303/2013)

Al-Haq deplores the killing of another Palestinian civilian resulting from Israel’s disregard both for the provisions of the ceasefire agreement and its obligations under international law. As the Occupying Power in the Gaza Strip, Israel must take all necessary measures to protect the civilian population of the occupied territory.

The Israeli army’s use of live ammunition against unarmed civilians posing no threat of death or serious injury to the Israeli soldiers is completely unnecessary and disproportionate. Al-Haq condemns these practices, which clearly reveal an intent to kill or inflict serious injury in utter disregard for human life. Wilful killing and wilfully causing great suffering or serious injury to protected persons are considered grave breaches of the Fourth Geneva Convention, and, as such, among the most serious forms of war crimes.