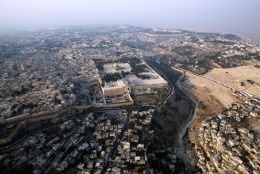 Since Israel’s illegal annexation of East Jerusalem following its occupation in 1967, Israel has implemented a comprehensive policy to deepen its control over the city by weakening Palestinian presence and ties there. This includes removing the Palestinian population, either through actively revoking residency and property rights, or by creating conditions that force Palestinians to leave East Jerusalem, including through the suppression of Palestinian political, economic, social, and cultural life. At the same time, Israel endeavors to increase and fortify the Israeli Jewish presence in East Jerusalem through the expansion of illegal settlements.

As violence intensified over the past few months, Israel took escalated actions that are symptomatic of its historic policy towards East Jerusalem and its Palestinian residents. In this paper, Al-Haq examines the tightening of Israel’s grip over East Jerusalem since September 2015, and assesses measures taken by Israel in light of its obligations as Occupying Power under international human rights law and international humanitarian law.