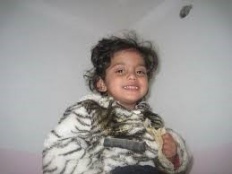 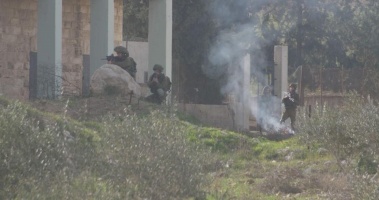 Israel’s prolonged occupation continues to severely affect Palestinian children and youth, leaving them with a deep sense of insecurity, hopelessness, and frustration. In the Occupied Palestinian Territory (OPT), the Israeli Occupying Forces (IOF) and settlers have adopted numerous policies and practices against Palestinian children, in disregard of their humanity and their protected status under international law.1

The IOF consistently deploy excessive use of force against children, denying them their right to life and causing them physical harm and injuries.2 Detentions,3 house demolitions, and restrictions on freedom of movement, amongst other practices, ultimately deprive children of their right to education, right to an adequate standard of living, and other basic rights. Palestinian children, especially those living in proximity to settlements in the West Bank, are also subjected to repeated acts of settler violence and attacks. Last week, Al-Haq documented two striking incidents in Nablus governorate where the rights of Palestinian children were violated by the IOF and Israeli settlers. 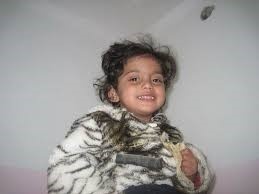 Dalal, 9, a special needs child, lived in ‘Awarta, south of Nablus city. She was diagnosed with cerebral atrophy at the age of three, and has suffered breathing problems since. On 29 December 2017 at approximately 3:00 pm, Dalal started having shortness of breath. This recurring condition requires her family to immediately transfer her to a hospital in Nablus city. Accordingly, her mother, grandmother, father, and uncle immediately left the house with her, and seven minutes later, the family arrived to the checkpoint at the northern entrance of ‘Awarta. An Israeli military jeep had blocked the road and five fully armed soldiers were standing near the gate at the checkpoint which was shut. Several cars had attempted to enter the village but they were unable to, due to the closing of the gate.

The family repeatedly pleaded with the soldiers to no avail. Approximately half an hour later, Yasser decided to try the Huwwara checkpoint at the southern entrance of ‘Awarta. At Huwarra, confrontations had erupted between the IOF and Palestinian youth. There was tear gas and congested traffic. Tens of cars had lined up to try and cross the checkpoint into Nablus. However, Israeli military jeeps had blocked the road about 50 metres from the checkpoint. Approximately an hour later, the family managed to cross Huwwara checkpoint and headed towards the Rafidiya Governmental Hospital in Nablus. By then, Dalal had lost consciousness and white foam was coming out of her mouth.

She was admitted to the emergency room where doctors tried to resuscitate her in vain. The doctors stated that Dalal had died about an hour before arriving to the hospital. After announcing her death, the Palestinian authorities carried out an autopsy which is expected in the coming two weeks. (Al-Haq Affidavit No. 935/2017)

Dalal was unable to have timely access to medical assistance due to Israel’s establishment of checkpoints and road closures. While restrictions on freedom of movement impact all Palestinians in the OPT, in Dalal’s case, her rights to the highest attainable standard of health and her right to life were both violated. These rights are enshrined in the International Covenant on Economic, Social and Cultural Rights (ICESCR),the International Covenant on Civil and Political Rights (ICCPR),4 the Convention on the Rights of the Child5 and the Convention on the Rights of Persons with Disabilities.6

As the Occupying Power, Israel is obliged to respect, protect, and fulfil the right of the protected population in its jurisdiction to the highest attainable standard of health. Israel is required to facilitate access to all medical service and attention in time of sickness. It instead imposes discriminatory policies and practices on the ground against Palestinians, which limit and often deny access to medical care and health facilities.7 Indeed, Israel has repeatedly denied Palestinians, including children and adolescents, from accessing health care, resulting in their death.

On 28 December 2017 at approximately 9:15 am, 10-15 Israeli settlers, accompanied and supported by approximately 30 Israeli soldiers, raided the campus of Bourin High School, south of Nablus, from the southern entrance of the school near the Yitsahar road (a settlement bypass road leading to the Yitsahar settlement approximately two kilometres away from Bourin village). Settlers started throwing stones at the teachers’ cars parked inside the school and at the classrooms. The settlers were standing approximately 30 metres from the classrooms on the southern side, and where more than 300 students were sitting for their mid-year examinations. 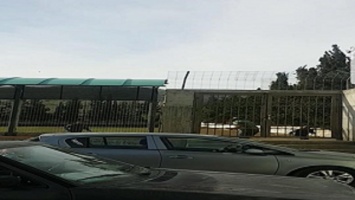 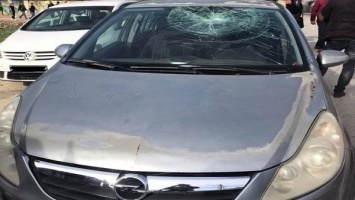 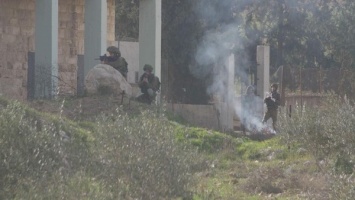 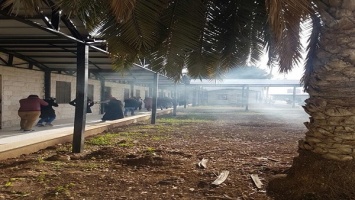 Many students suffered from tear gas inhalation and two were injured in the leg and stomach by rubber-coated bullets shot from a short distance. The confrontations lasted for about 20 minutes, after which the settlers left the school from the southern entrance. However, the confrontations between the settlers and the students continued near the school until 11:00 am. The students then returned to their homes without finishing their school day. (Al-Haq Affidavit No. 933/2017 and Al-Haq Affidavit No. 934/2017)

The presence of settlements constitutes a grave breach of the Fourth Geneva Convention which may amount to a war crime under the Rome Statute of the International Criminal Court. The Occupying Power is prohibited from transferring its civilian population into occupied territory and is obliged to safeguard the rights of the protected occupied population. Nonetheless, the expansion and growth of Israel’s settler-colonial enterprise, supported by the government and private actors, continues relentlessly and has a dire impact on the Palestinian population, particularly children.

Moreover, settler violence is a common recurrence that often takes place under the protection of the IOF. The broad climate of impunity in Israel emboldens both settlers and the IOF. According to the UN Office for the Coordination of Humanitarian Affairs (UN OCHA), settler violence increased over the first half of 2017, risking the physical security and livelihoods of Palestinians, including children.8

The case of nine-year-old Dalal and the settler attack against Bourin High School constitute blatant violations of Israel’s obligations under international human rights and humanitarian law. As these violations not only persist but also grow, the international community must take effective action to end Israel’s prolonged occupation and settlement enterprise.

1See for example: Times of Israel, Israel Approves Jailing Terrorists from Age of 12, 3 August 2016, available at: https://www.timesofisrael.com/israel-approves-jailing-terrorists-from-age-12/, see also: Knesset, Approved in Preliminary Reading: Prison Sentences for Minors under 14 who were convicted of terrorism, 25 November 2015, available at: https://www.knesset.gov.il/spokesman/eng/PR_eng.asp?PRID=11782

7See more on non-discrimination and equal treatment at: CESCR General Comment No. 14: The Right to the Highest Attainable Standard of Health (Art. 12), Adopted at the Twenty-second Session of the Committee on Economic, Social and Cultural Rights, on 11 August 2000, available at: http://www.refworld.org/pdfid/4538838d0.pdf

8UN OCHA, Increase in Settler Violence during the First Half of 2017, 5 August 2017, available at: https://www.ochaopt.org/content/increase-settler-violence-during-first-half-2017