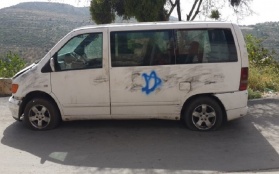 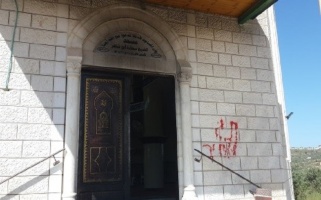 Since 1967, Israel’s illegal settlement enterprise has spread throughout the Occupied Palestinian Territory (OPT), primarily in the West Bank, including in East Jerusalem, and the Gaza Strip until 2005,[1] on appropriated and confiscated private and public Palestinian land. According to the March 2018 report of the United Nations (UN) High Commissioner for Human Rights on Israeli settlements, between 1 November 2016 and 31 October 2017 plans for the construction of 10,000 housing units in Israeli settlements in Area C and East Jerusalem have advanced, encompassing 6,500 housing units in Area C and 3,100 in East Jerusalem.[2] Often, Israel’s settlements are located in close proximity to Palestinian villages, towns, and communities, resulting in increased settler violence against protected Palestinians.[3] During the first half of 2017, the UN Office for the Coordination of Humanitarian Affairs (OCHA) documented at least 89 acts of violence carried out by Israeli settlers against Palestinians, indicating an 88 per cent increase from 2016.[4]

Throughout the years, settler violence has encompassed killings, physical attacks, and attacks against Palestinian property, forced evictions, verbal assaults, as well as other acts of harassment and intimidation against Palestinians. More often than not, settlers enjoy a culture of impunity granted by the Israeli Government and the Israeli Occupying Forces (IOF), as they are rarely held accountable for such attacks. In fact, it is common for settlers to be accompanied and supported by the IOF while carrying out their attacks against Palestinians. The IOF provide settlers protection, thereby encouraging and contributing to these attacks.

On 9 April 2018 at approximately 3:00 pm, Muhammad Abd Al-Karim Marshoud, 30, was pronounced dead in hospital due to injuries he sustained by shots fired by an Israeli settler near the settlement of Mishor Adumim, east of Jerusalem. On 8 April 2018, at around 1:15 pm, Muhammad, a resident of the town of Abu Dis in Jerusalem, has been near the gas station by the entrance to Mishor Adumim settlement, when an armed settler opened fire at him. The settler claims that Muhammad was carrying a tool and was allegedly going to stab a group of Israeli soldiers.[5] The settler shot Muhammad with several gunshots from behind. Muhammad was transferred in an Israeli ambulance to Hadassah Ein Karem Hospital and died the day after. His body remains withheld by the Israeli occupying authorities.

On 13 April 2018, at approximately 2:00 am, two masked Israeli settlers raided and wrote racist slogans on the walls of Al-Sheikh Sa’ada (Abu Shahir) Mosque in ‘Aqraba, southeast of Nablus. The incident was captured by the surveillance cameras of the mosque, which reveals that two settlers, their heads covered, stopped their car near the mosque from the eastern side, stepped out and wrote on the walls of the Mosque, then poured flammable material, moved away for a bit, then set fire to the main entrance of the mosque and immediately left the location.

The imam of the mosque stated that when he arrived at the mosque at 4:50 am to open it for dawn prayers as usual, the fire remains had reached the inside of the mosque and there was heavy smoke. Some of the words written in Hebrew on the walls of the mosque translate into ‘revenge’ and ‘price tag’. The imam told Al-Haq that a similar attack happened four years ago, on 14 October 2014, in Abu Bakr Al Siddiq mosque also in ‘Aqraba, where Israeli settlers burned the mosque and wrote similar racist slogans, such as ‘revenge’. Later that morning, Palestinian and Israeli forces separately investigated the incident and the scene. (Al-Haq Affidavit No. 220ISR/2018)

Acts of violence and harassment carried out by Israeli settlers against Palestinians are often intended and organised – mobilized to harass, provoke, and intimidate Palestinians. In some instances, Israeli settlers carry out these attacks as a pressure point against the Israeli Government to recognise settlements or outposts or in retaliation against restrictions on settlement construction, termed as ‘price tag’ attacks.[6]

Meanwhile on Tuesday, 17 April 2018, at approximately 2:30 am, Ali Abd Al-Rahman Nubani, 50, a resident of Al-Libban Al-Sharqiyya, southeast of Nablus, heard the sound of exploding rubber tires. Ali saw three settlers wearing black masks, piercing the front tires of his white van. By the time Ali went to chase them away, barefoot, they had already pierced the four tires of his vehicle and others. Later that morning, Ali learned that settlers had written racist slogans and vandalized 26 cars belonging to the residents of the village. (Al-Haq Affidavit No. 219ISR/2018) 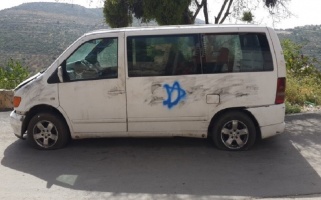 Settlements are illegal under international law, as reaffirmed by the international community in UN Security Council Resolution 2334 of 2016,[7] and UN General Assembly Resolution 70/89 of 2015.[8] The illegality of Israeli settlements has been further reiterated and articulated in the International Court of Justice (ICJ) ruling.[9] Under international humanitarian law, Israel is prohibited from transferring its civilian population into occupied territory. The presence of settlements and the direct and indirect transfer of settlers into the occupied West Bank, including East Jerusalem, constitute a grave violation of the Fourth Geneva Convention and amount to a war crime under the Rome Statute of the International Criminal Court.[10] International law requires Israel, as Occupying Power, to “immediately and completely cease all settlement activities” in the OPT.[11] Nonetheless, Israel continues to deliberately and openly disregard international law by recognizing, promoting, and supporting the construction and expansion of settlements in the OPT.

Besides attacks against Palestinian public and private property, exemplified in the cases above of burning mosques, vandalizing cars, and racist and provoking graffiti in Nablus, settlers also deny Palestinians’ right to life enshrined in Article 6 of the International Covenant on Civil and Political Rights (ICCPR).[12] The killing of Muhammad Abd Al-Karim Marshoud must be considered within the context of other settler attacks, which have caused permanent physical harm or led to the killing of Palestinians, such as the cases of Suleiman Malihat in 2018,[13] Muhammad Abu Khdeir in 2014, and the Dawabshe family in 2015.

Israeli settlers are rarely held to account for their crimes. As Occupying Power, Israel must ensure the wellbeing and safety of the occupied Palestinian population as stipulated in Article 43 of the 1907 Hague Regulations. In line with its obligations under Article 27 of the Fourth Geneva Convention, Israel must also ensure the humane treatment of protected persons, without any distinction based on race, religion or political opinion. In addition, Israel is bound by the principle of non-discrimination, in line with international human rights law applicable in the OPT,[14] and must respect, protect, and fulfil the rights of the occupied Palestinian population without discrimination as to religion, ethnic origin, or race. However, the vast majority of cases of settler violence, including killings of Palestinians and vandalism of Palestinian property, are met with inaction by the Israeli occupying authorities, signalling their unwillingness to prosecute settlers and bring to an end their racist conduct towards the protected Palestinian population.

Al-Haq calls for an independent and impartial investigation into the killing of Muhammad Abd Al-Karim Marshoud by an Israeli settler on 9 April 2018, and for a complete end to Israel’s settlement enterprise, and occupation of the Palestinian territory at large, giving rise to widespread impunity for violence perpetrated against Palestinians in the OPT.

[1] Israel’s settlement enterprise extended to the Gaza Strip until 2005. However, the Gaza Strip remains occupied following the ‘disengagement’ of Israeli settlers and settlements. See Al-Haq, One Year after the ‘Disengagement’: Gaza still Occupied and under Attack (Al-Haq Organisation 2006), available at: http://www.alhaq.org/publications/publications-index/item/one-year-after-the-disengagement-gaza-still-occupied-and-under-attack?category_id=4

[5] For more information: IMEMC, ‘Palestinian Shot in Head by Israeli Settler on Sunday Dies of His Wounds’ (10 April 2018) available at: http://imemc.org/article/palestinian-shot-in-head-by-israeli-settler-on-sunday-dies-of-his-wound/

[9] International Court of Justice, Advisory Opinion on the Legal Consequences of the Construction of a Wall in the Occupied Palestinian Territories (2004).

[12] UN Human Rights Committee, General comment No. 36 on article 6 of the International Covenant on Civil and Political Rights, on the right to life, Revised draft prepared by the Rapporteur, Advance Unedited Version, paragraph 32.

[13] Suleiman Malihat, while herding his sheep near Jericho, was shot with two live bullets by a settler on 16 February 2018. Almost a month later, Suleiman’s leg was amputated as a result of the injury he sustained.

[14] Articles 2(1) and 26, International Covenant on Civil and Political Rights.