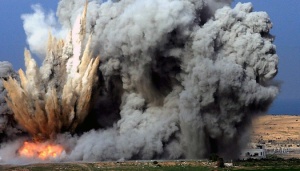 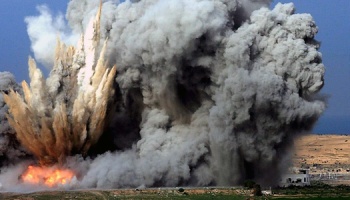 It is with great disappointment that Al-Haq commemorates a third year since ‘Operation Cast Lead’ resulted in the death of more than 1400 Palestinians in Gaza, and the victims continue to wait for justice. In the aftermath of the Israeli offensive, which was characterised by numerous and systematic violations of the laws of war, the survivors were interviewed, investigations were opened and a United Nations Fact Finding Mission led victims and human rights activists to be hopeful of achieving justice through accountability.

Three years later the international community continues to show its complete lack of political will to achieve justice for the victims who have all but abandoned such expectations. Only three Israeli soldiers have received convictions and minor sentences for their actions during ‘Cast Lead’. Not for indiscriminate attacks and the disproportionate killing of civilians, nor for the use of white phosphorous in heavily populated areas, but rather, two soldiers were convicted and received minor sentences for the use of human shields during searches, while another soldier was convicted for stealing a credit card.

Over the past three years, in the complete absence of accountability, Israel has benefitted from the climate of impunity. Not only does this allow justice to be permanently delayed, it also creates an environment conducive to further and more severe violations of human rights and international law.  Indeed, there has been a general escalation in all violations across the entire Occupied Palestinian Territory.  Israel has continued to launch air strikes targeting the Gaza Strip. This year alone, 32 civilians have been killed by such air strikes. In the West Bank in 2011, in addition to the increasingly violent suppression of peaceful Palestinian demonstrations by Israeli occupying forces, there has been a dramatic escalation in the number and level of settler violence against Palestinians.

In the meantime, the international community has simply averted its gaze and its responsibility. As long as the UN Fact Finding Mission’s Report continues to be buried in the UN General Assembly, and Palestinians are effectively prevented from accessing other international mechanisms of justice, there is nothing to prevent ‘Cast Lead’ from happening again.  By eschewing the importance of justice and accountability, the international community has merely facilitated the ongoing violation of human rights by Israel. How many more anniversaries will pass before this comes to an end?