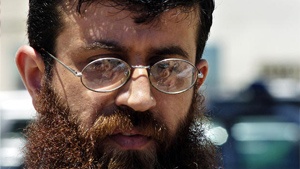 As Palestinian organisations dedicated to the protection and promotion of human rights in the Occupied Palestinian Territory (OPT), we express our deepest concern about the critical health condition of Khader Adnan. Khader is now entering his 53rd day of hunger strike in protest at his continuing administrative detention and ill-treatment at the hands of the Israeli Prison Authorities (IPS).

Khader was arrested on 17 December 2011 and has since been refusing food and medical treatment until he is granted release. On 8 January 2012, Israeli authorities issued a four-month administrative detention order, which was confirmed on 7 February 2012 by an Israeli military judge despite his worsening health condition.

Throughout his detention, Khader was subjected to degrading and inhuman treatment, including physical abuse, prolonged periods of interrogation, isolation and unsanitary conditions of detention. Khader has reportedly lost more than 20 kilograms and his health has deteriorated to a critical level. On 29 January 2012, Khader was examined by doctors from Physicians for Human Rights – Israel, who declared his life to be at risk. In the ten days that have passed since that visit he has been denied any further examination by independent doctors.

In the court decision, Military Judge Dalya Kaufman claimed that after hearing the medical assessment of the IPS physician, Khader’s medical condition seems “acceptable” and provides no grounds for shortening or canceling the administrative detention order. This claim was made regardless of the questionable nature of the IPS medical assessment, given that Khader has refused to allow Israeli hospital staff to carry out his medical examinations.

Amid growing concerns for Khader’s life, the Palestinian Council of Human Rights Organisations (PCHRO) is today demanding that Israel immediately ends Khader’s administrative detention so that he can receive proper medical attention. Given the critical nature of Khader’s health, the PCHRO demands that the international community urgently puts pressure on Israel to end his arbitrary detention and to abide by its legal obligations in regard to the arrest and detention of Palestinians. In light of the European Parliament’s commitment towards the situation of Palestinian prisoners, the PCHRO urges the MEPs to bring Khader’s case to the attention of relevant Israeli authorities without delay and to send a fact-finding mission to examine the conditions of detention of Palestinians arbitrarily held in Israeli prisons.