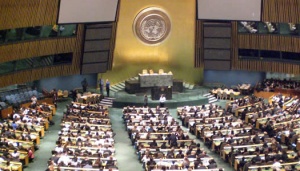 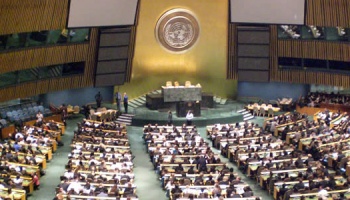 As a Palestinian human rights organisation dedicated to the promotion and protection of human rights in the Occupied Palestinian Territory (OPT), Al-Haq welcomes the concluding observations issued on 13 March 2012 by the Committee on the Elimination of All Forms of Racial Discrimination, which declared itself “particularly appalled” by Israel’s policies and practices that have lead to apartheid and racial segregation. Al-Haq was pleased to learn that many of the issues presented in its recent communications  with the Committee were highlighted in the concluding observations.

In particular, the Committee condemned the hermetic and institutionalised nature of the segregation of the occupied Palestinian population and the illegal Jewish settlers. This segregation manifests itself through a system of Jewish only roads and infrastructure, illegal Jewish settlements, two entirely separate legal systems, a restrictive permit regime and the denial of basic services, such as access to water, that affect Palestinians only. The Committee has also called on Israel to immediately end its discriminatory practice of administrative detention.

The concluding observations also noted the escalation in incidents of racial violence perpetrated by Jewish settlers against both Muslim and Christian Palestinian communities in the OPT. In this regard, the Committee conveyed alarm at the “impunity of terrorist groups such as Price Tag, which reportedly enjoy political and legal support from certain sections of the Israeli political establishment.”

The Committee also expressed its “deep concern” at the fact that Israel has repeatedly refused to apply the Convention in the West Bank, including East Jerusalem, the Gaza Strip and the Occupied Syrian Golan.  Israel’s failure to do so is a violation of international law, as reaffirmed by the International Court of Justice and other international bodies.

Other principle areas of concern where the Committee found Israel to be in clear violation of the Convention on the Elimination of All Forms of Racial Discrimination (CERD) include:

However, Al-Haq would like to express concern at the use of the term “demographic balance” in relation to Israel’s illegal policies and practises in occupied East Jerusalem. We believe the Committee’s terminology should have reflected the reality on the ground by using the term ‘demographic change,’ which is illegal under International humanitarian law.

Finally, in light of Israel’s  repeated failure to implement the recommendations issued by the same Committee in 2003 and 2007, Al-Haq calls upon the Committee to consider the appointment of a follow-up Coordinator as established under Rule 65 of its Rules of procedure (HRI/GEN/3/Rev.2).

For the full Concluding Observations of the Committee on the Elimination of All Forms of Racial Discrimination on Israel, see: