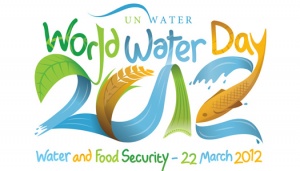 A Man-Made Disaster in Need of a Rights-Based Solution. Water is an essential resource for human survival. It is key for food security, health, economic prosperity and the development of a people – all people. Despite the improvement of access to safe drinking water across the globe, today the Palestinian people in the Occupied Palestinian Territory (OPT) continue to struggle for access to clean and safe water.

More than 1.5 million Palestinians in the Gaza Strip have only one source of water available, 90-95 per cent of which is unfit for drinking. Many Palestinian communities in the Jordan Valley survive on as little as 20 litres per capita per day (lpcd), which is the minimum amount recommended by the World Health Organisation (WHO) for “short-term survival” in emergency and disaster situations, such a tsunamis and earthquakes. In stark contrast, Israeli settlers residing in colonies in the same area enjoy as much as 700 lpcd.

Water is not scarce in this region, which contains several productive groundwater resources, as well as surface water resources such as the Jordan River. However, from the outset of the Israeli occupation of the West Bank, including East Jerusalem, and the Gaza Strip, the Occupying Power has taken total control over the water resources available, fully integrating the water system of the OPT into the Israeli system and at the same time denying Palestinian control over and access to this resource. These measures of control, further accelerated by the Oslo Interim Agreement in 1995, ensure that a vastly unequal allocation of water resources benefits Israeli citizens living in Israel and those residing in colonies in the OPT, which are established in contravention of international humanitarian law.

While international transboundary water laws dictate the equitable and reasonable utilisation of shared groundwater resources, Palestinians in the OPT only have access to 10 per cent of all available water while Israel has access to the remaining 90 per cent. As a result, Palestinians are forced to purchase more than 50 per cent of domestic water supply in the West Bank from the Israeli national water carrier, Mekorot. Furthermore, as many as 313,000 Palestinians are not connected to a water network and depend on water delivered by trucks, paying up to 500 per cent more per litre than those connected to the water network and adding considerable financial strain to already vulnerable populations. 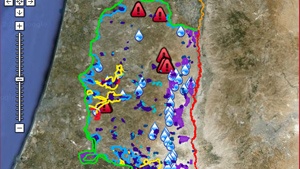 Most water and sanitation infrastructure is located in Area C, which remains entirely under the authority of the Israeli army. This area represents 60 per cent of the West Bank, containing the vast majority of land reserves and water resources. In order to construct or rehabilitate water and sanitation facilities in Area C, Palestinians are required to apply for permits to the Israeli military authorities. Permits for Area C are virtually impossible to obtain due to a discriminatory planning regime that favours Israeli settlers over Palestinians. Without the necessary permits, any water installation is confiscated or demolished. In 2011 alone, the Israeli military destroyed 55 water structures in the West Bank, many of which were funded by international humanitarian agencies.

Israel’s draconian and discriminatory water policies result in widespread violations of the right to water for Palestinians, which in turn has severe impacts on the rights to life, to adequate food and housing, to work and to health. Such policies further contribute to the forced displacement of Palestinian communities and confine them into enclaves with minimal resources available. This has resulted in economic and agricultural de-development of Palestinian communities – ultimately strangling them – while serving the growth and consolidation of Israeli colonies.

The humanitarian approach to the dire water situation in the OPT adopted by third States, which until now has mainly provided short-term emergency relief, has failed to tackle the root causes of this man-made disaster. The international community of States can no longer avert its gaze from its legal responsibilities to ensure respect for international law.

Al-Haq’s new Interactive Map on water visually illustrates Israel’s illegal policies and practices in the OPT. The map displays the various water resources in the O.P.T and presents the discrepancy in water allocation between neighbouring Palestinian villages and Israeli colonies. Other layers include photos and videos of demolitions of water systems; comprehensive information on colonies in the West Bank; and how access to water is severely restricted for Palestinians in the Jordan Valley.

On the occasion of 2012 World Water Day, Al-Haq would welcome, as an initial step towards ending impunity of Israeli violations of international law, the establishment of a fact-finding mission by the United Nations Human Rights Council to examine the impact of settlements on Palestinians’ human rights.