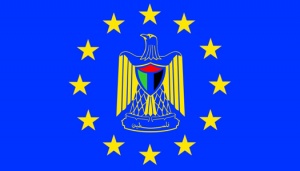 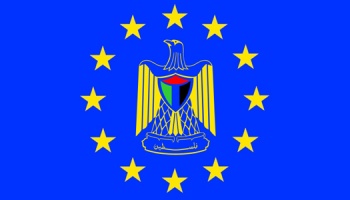 The European Union and the Palestinian Authority (PA) are in the process of adopting a new Action Plan to replace the Action Plan agreed upon in 2005. The undersigning human rights NGOs call on the EU and the PA to revise the chapters on democracy, rule of law, human rights and fundamental freedoms in the EU-PA Action Plan in order to reflect the deterioration of the human rights situation in the Occupied Palestinian Territory (OPT) following the political split in 2006 between the authorities in the West Bank (for the purposes of this document, “the PA”) and the authorities in the Gaza Strip.1

Over the last 5 years, the PA has adopted a pattern of repressive measures aiming at stifling political dissent, generating a sense of intimidation within Palestinian society, turning the latter into what resembles a “police state“ weakening democratic values and the rule of law. Similar measures were adopted by the authorities in Gaza. The undersigning organisations therefore call on the PA to move towards Palestinian reconciliation which has the potential of putting an end to the spiral of intra-Palestinian human rights violations.

As human rights organisations we highlight the need to engage with all relevant actors in the best interests of the civilian population and request that the EU reconsiders its policy as regards the government in the Gaza Strip. Moreover, the EU should not hamper the inter-Palestinian reconciliation process and respect the will of the Palestinian people as expressed through free and fair elections, which are expected in the context of the current unity agreements between Palestinian groups. The EU should continue to provide aid and technical support to any Palestinian unity government.

Palestinian human rights violations are taking place in a context where legal provisions to protect basic human rights like the protection against arbitrary detention, torture and ill-treatment and violence against women are lacking. Fundamental freedoms such as freedom of expression, of the press, of association and of assembly have suffered serious regressions during these years both in the West Bank and in the Gaza Strip.

While it is crucial to take into account the considerable restrictions under which the PA operates by virtue of the Israeli occupation2, insofar as the PA exercises limited control over parts of the OPT, it is responsible for enforcing the law through effective and lawful measures in accordance with its obligations under International Human Rights Law (IHRL). The Palestinian Authority has voluntarily accepted the obligations under IHRL and has included the respect for human rights in its Basic Laws. The PA has also committed to respect human rights in the Interim Association agreement and European Neighbourhood Policy (ENP) Action Plan with the EU.

In the context of the reviewed ENP3, the European External Action Service (EEAS) is working on a new format for its Action Plans with third countries. In this context, the undersigned organisations would like to make the following general recommendations to be taken into consideration when drafting the new EU-PA Action Plan:

1. In order to for the new Action Plan to be operational and to allow an effective monitoring of the PA commitments it is crucial that:

2. Gender equality should be included as a specific objective as well as mainstreamed throughout the chapters of the Action Plan.

3. The EU should encourage the PA to establish a comprehensive human rights strategy, in close cooperation with Palestinian civil society organisations.

In addition, the undersigned organisations call on the EU to ensure that the following non-exhaustive list of action items is included in the new EU-PA Action Plan under the relevant sections:4

1. Democracy and rule of law

2.1 Accountability for violations of human rights and international humanitarian law

2.6 Freedom of assembly and expression