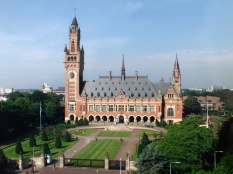 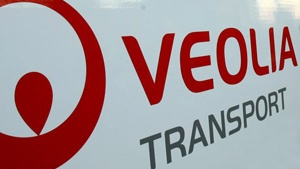 As a Palestinian organisation dedicated to the protection and promotion of human rights in the Occupied Palestinian Territory (OPT), Al-Haq is gravely concerned about the participation of a subsidiary of the Veolia Group in the public transport tender in the city of The Hague. In a press release issued on 27 April 2012, the Stadsgewest Haaglanden, the Dutch local authority of the city of The Hague, announced that transport companies HTMbuzz and Veolia Transport Nederland Openbaar Vervoer are taking part in the public transport tender. The tender in question is to include all public bus transportation in The Hague’s city district.

Al-Haq strongly objects to the activities of Veolia Environment, a French multinational providing infrastructure through its subsidiary VeoliaTransdev to Israeli local authorities, for its involvement in the construction of a light rail tramway linking West Jerusalem to illegal Jewish settlements in occupied East Jerusalem and elsewhere in the West Bank. Such infrastructure contributes to Israel’s illegal annexation of East Jerusalem. Other companies within the Veolia Group provide transport and services, such as refuse collection, to illegal Israeli settlements in other parts of the West Bank.

Veolia Transport Nederland is a wholly-owned subsidiary of the French parent company, Veolia Environment, which means that the latter exercises full control over the company tendering. Taking into consideration that the Veolia Group presents itself internationally as a company that operates as a single corporate entity, thus including all subsidiaries, the Veolia Group as a whole will benefit from profits generated through the exploitation of the public transport concession for The Hague city district, should Veolia Transport Nederland be awarded the contract. 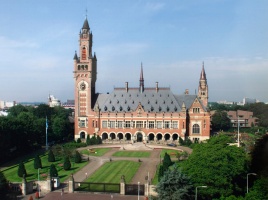 Participation of a company with a disputed reputation and involvement in illegal activities in the OPT in The Hague’s public transport tender is particularly problematic, due to the city’s reputation as the “International City of Peace and Justice.” Commenting on the issue, Al-Haq Director Shawan Jabarin stated: “How can the city of The Hague consider allowing its citizens and employees of international institutions, courts and tribunals tasked with contributing towards peace and justice world wide, to make use of a public transportation service which is operated by a company involved in violations of international law?”

In July 2011, the Stadsregio Arnhem Nijmegen, a Dutch local authority, decided to award a one billion Euro public transport concession to Hermes, the Dutch subsidiary of French multinational company VeoliaTransdev. In response to the local authority’s decision, Al-Haq instructed Van den Biesen Boesveld advocates to submit a formal objection against the decision of Stadsregio Arnhem Nijmegen.

Considering Veolia’s involvement in violations of international humanitarian law, Al-Haq calls on the Stadsgewest Haaglanden to promptly reconsider its association with the Veolia Group’s businesses and to immediately exclude Veolia Transport Nederland from the public transport tender. It is highly undesirable for the “International City of Peace and Justice” to enter into a contract with one of the subsidiaries of the Veolia Group, as its aspirations cannot be reconciled with the violations of international humanitarian law to which the Veolia Group is associated.