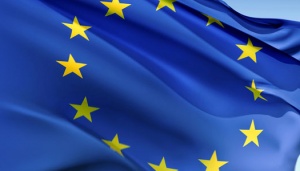 As members of the Palestinian Council of Human Rights Organisations (PCHRO), we are alarmed by the critical health condition of Bilal Diab and Thaer Halahleh, both of whom are engaging in an open-ended hunger strike that is now on its 74th day in protest against their continuous detention without charge or trial. Of grave concern is the fact that both men are currently being treated in a prison medical clinic where they are being denied access to independent physicians as well as their families. Indeed, despite being at imminent risk of death, Bilal was transferred back to Ramleh Prison medical clinic on Tuesday notwithstanding concerns about the quality of care on offer there. According to the prison doctor, Thaer could die at any moment.  He now weighs 55 kg, has exceedingly low blood pressure and his temperature is fluctuating at dangerous levels. Thaer is drinking water, but not taking any vitamins or minerals and he is currently vomiting blood as well as bleeding from his gums and lips. 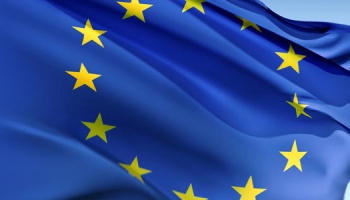 On Monday, the Israeli High Court ignored the critical condition of the two men when it ruled against the appeals of their administrative detention orders and an Israeli District Court upheld a decision by the Israeli Prison Service (IPS) not to allow them any family visits. According to Physicians for Human Rights – Israel, the judgment of the High Court was tantamount to a death sentence. A further six prisoners are also in critical condition due to hunger strikes that have lasted between 46 and 68 days. Hassan Safadi, who is today on his 68th day of hunger strike, has reported that on 3 May he was restrained by prison guards and forcefully given an injection containing minerals and salts. Forced treatment is a clear violation of the principles of medical ethics and the guidelines of the World Medical Association and the Israeli Medical Association as well as constituting a violation of the human rights of prisoners.

In total, some 2,500 Palestinian prisoners are currently participating in a mass hunger strike that is now entering its fourth week, including 74-year-old Ahmad Al-Haj ‘Ali, who is an elected member of the Palestinian Legislative Council. They are demanding an end to Israel’s illegal policy of administrative detention without charge or trial, the prolonged isolation of prisoners and other punitive measures including the denial of access to education materials and the denial of family and lawyer visits, especially to prisoners from the Gaza Strip who have been denied family visits since 2007. Many of these measures were either introduced or intensified following the capture of Gilad Shalit in 2006 and have continued despite his release in October 2011.

Since the beginning of the hunger strike, the IPS has collectively punished participating prisoners using a wide range of tactics. Most recent updates indicate that some prisoners are being fined between €50 and €100 for each day of their hunger strike. Many participating prisoners have had their water and electricity supply cut off, while most of the leaders of the strike have been placed in solitary confinement. Last week, ninety-six hunger strikers were transferred to Ohalei Keidar prison, where they were placed two prisoners to each solitary confinement cell. All prisoners are being subjected to random daily inspections, including cell and body searches and physicial attacks by IPS special forces.

It is important to note that the prisoners’ demands are simply an echo of previous calls by the international community for an improvement in the conditions of Palestinian prisoners in Israeli jails. The European Parliament, in its resolution C 295 E/47 of 4 September 2008, called on Israel to “guarantee that minimum standards on detention be respected, to bring to trial all detainees, to put an end to the use of ‘administrative detention orders’, and to implement adequate measures for minors and prisoners' visiting rights, in full compliance with international standards including the Convention on the Rights of the Child and the UN Convention Against Torture and other Cruel, Inhuman or Degrading Treatment or Punishment.”

In a similar vein, the United Nations Human Rights Committee has stated several times that prolonged administrative detention is likely to result in the exposure of detainees to “torture, ill-treatment and other violations of human rights.”

In the context of the current mass hunger strike, Israel should be reminded that it is bound to respect the Geneva Conventions in the OPT, including with regard to the treatment of prisoners and administrative detainees. Furthermore, the PCHRO: