Main Menu
New Prospects for Freedom of Expression in Palestine
Latest Topics
Mind the Gap Submission to the UN Working Group on Business and Human Rights
Al-Haq Submits Two Urgent Appeals on Israel’s Designations to the United Nations Special Procedures, Calling for Immediate Action to Protect Palestinian Human Rights Defenders
Special Focus: Use of Excessive Force by the Israeli Occupying Forces, the Case of Abdallah Abu Baker
In the Wake of the COP26, Al-Haq Submits Its Report on Human Rights and Climate Change to the Office of the High Commissioner for Human
In Brief: Escalations in Jerusalem
Establishing Guidelines: To Determine whether the Legal Status of ‘Area C’ in the Occupied Palestinian Territory represents Annexed Territory under International Law
New Prospects for Freedom of Expression in Palestine
Ref.: 278/2012
10، Dec 2012 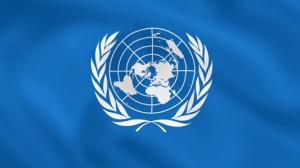 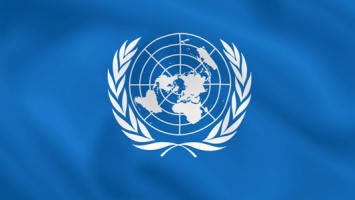 Today, 10 December, marks International Human Rights Day in recognition of the 64th anniversary of the adoption of the Universal Declaration of Human Rights (UDHR). This year’s theme is the right to freedom of opinion and expression, the right to peaceful assembly and association, and the right to political participation, as established under articles 19, 20 and 21 of the UDHR.

Al-Haq takes this opportunity to highlight Israel’s policies and practices, which continuously infringe upon the right of the Palestinian people to freedom of opinion and expression, assembly and association, in the Occupied Palestinian Territory  (OPT).

Palestinian journalists, human rights defenders and bloggers are often the primary targets of such illegal policies. Travel bans and movement restrictions, which are also a result of the Annexation Wall and military checkpoints, severely hinder their work and expose them to the constant threat of arrest and detention, as well as routine humiliation. Restrictions on travel are often based on secret information. In his latest report on Israel and the OPT, the United Nations (UN) Special Rapporteur on the right to freedom of opinion and expression, Frank La Rue, urged Israel to lift travel bans against journalists and human rights defenders. He emphasised that the imposition of such bans cannot be justified by secret evidence and that everyone must have the opportunity to challenge the information used to impose restrictions on freedom of movement. Furthermore, the Special Rapporteur expressed his deep concern over arbitrary arrest and detention of journalists, and raids on Palestinian media outlets or organisations by Israeli security forces.

The case of Ayman Nasser, a Palestinian human rights defender and researcher with the human rights organisation Addameer, is a clear example of the violations carried out against human rights defenders in the OPT. On 15 October 2012, Ayman was arrested from his home near Ramallah. During his on-going 50-day-long detention, he has experienced prolonged interrogation sessions as well as held in solitary confinement, exposed to cold temperatures and sleep deprivation techniques, which could amount to torture and ill-treatment.

With regard to the right to freedom of assembly, the Israeli army’s violent repression of peaceful demonstrations is reported on a weekly basis. The use of disproportionate and excessive force by the Israeli forces, in November 2012 only, resulted in the killing of at least three Palestinians.

While Israel, as the Occupying Power in the OPT, maintains human rights obligations vis-à-vis the occupied population, the recently acquired status of Palestine as non-member observer State in the UN offers new opportunities of improvement for the Palestinian legal system.

Palestine is now in the position of pursuing the ratification of important international human rights conventions, including the International Covenant on Civil and Political Rights (ICCPR), which protects also the right to freedom of opinion and expression (article 19), freedom of assembly (article 21) and association (article 22), and the right to take part in political life (article 25). These international provisions, complemented by the necessary domestic legislation, will represent an essential tool for Palestinians in the protection of their fundamental freedoms, in particular those of expression, opinion, assembly and association, which have been repeatedly violated by the Palestinian Authority (PA).

Throughout 2012, Al-Haq has also highlighted a trend of arbitrary arrests and detention of journalists, human rights activists and bloggers at the hands of the PA security forces. Such arbitrary measures are justified by the PA on the basis of provisions of the Palestinian Penal Code (1960) and of the Press and Publications Law (1995), which will have to be duly amended when Palestine ratifies international conventions such as the ICCPR.

Therefore, Al-Haq strongly recommends that Palestine promptly ratify relevant international human rights treaties, including the ICCPR, in order to improve the human rights situation of Palestinians and to serve as a deterrent for future violations.

Finally, Al-Haq calls on the international community to exert pressure on Israel in order to end its defiance of the human rights obligations it owes to the occupied Palestinian population. Israel’s disregard for international human rights treaties and its withdrawal from UN human rights mechanisms, including the Human Rights Council, is setting an alarming precedent and undermining the whole international system of protection of human rights.