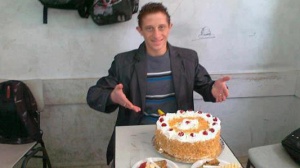 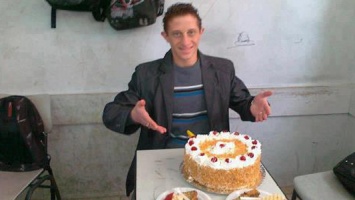 Al-Haq is currently investigating the case of Muhammad Ziad al-Salayma, who was killed yesterday evening, on his seventeenth birthday, in the old city of Hebron. The circumstances of his death are currently unclear. However, according to Al Haq’s preliminary investigations, Muhammad left his home yesterday evening at approximately 6:30 pm in order to buy a cake and passed by Checkpoint 160, which is some 100 meters from his house. When he passed the checkpoint, Muhammad was reportedly holding a lighter that resembled a gun, which aroused the suspicion of the Israeli soldiers manning the checkpoint and caused them to have an exchange of words with Muhammad. Following a discussion with the soldiers, Muhammad was shot twice, once in the abdomen and once in the chest, at a short range. Muhammad died around 7:30 pm as a result of the shooting. Shortly afterwards, an Israeli military ambulance arrived at Checkpoint 160 and took the youth to another checkpoint, before transferring his body to a Red Crescent ambulance at 9:40 pm. His body was then taken to Hebron governorate hospital where doctors confirmed Muhammad’s death and that he had been hit by two bullets.

Shortly after the shooting, Muhammad’s parents were informed of their son’s condition. They arrived at the scene of the incident and attempted to enter the Israeli Military ambulance in order to see their son. The Israeli soldiers pushed them away and hit Muhammad’s father, Ziad ‘Awad al-Salayma, on his leg. As a result of his injuries, Ziad was taken to the Hebron governorate hospital for medical treatment to be discharged a few hours later. After midnight, the Israeli military raided the family home and arrested one of Muhammad’s older brothers and one of his cousins.

Muhammad’s body was returned to his parents by Hebron governorate hospital today.

Al-Haq strongly condemns the willful killing of Muhammad at the hands of an Israeli soldier. Unfortunately this is not an isolated case; the killings of Palestinian civilians, including children like Muhammad, are the result of the prevailing climate of impunity granted to Israeli soldiers, who are hardly ever held responsible for the violations committed against the Palestinian occupied population. Since 2000, Israel’s rules of engagement have promoted the arbitrary deprivation of life effectively allowing soldiers to open fire on Palestinian civilians even where, like in yesterday’s case, their life is not threatened.

Al-Haq also calls for immediate, transparent and impartial investigations to clarify the circumstances that lead to Muhammad’s death, with a view to prosecuting the Israeli soldiers responsible for the killing. Additionally, Israel must provide for full reparation to the family of the victim.