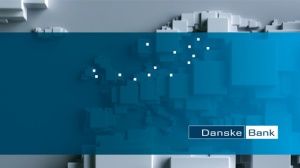 Al-Haq welcomes the decision by Denmark’s largest bank, Danske Bank, to add the Israeli Bank Hapoalim to its exclusion list due its involvement in the funding of settlement construction in the Occupied Palestinian Territory (OPT). In particular, Al-Haq commends Danske Bank for basing its decision to exclude Bank Hapoalim on the bank’s involvement “in activities in conflict with international humanitarian law”.

The establishment of Israeli settlements in the OPT is illegal under international law. This has been confirmed by numerous United Nations resolutions and the International Court of Justice (ICJ) in its 2004 Advisory Opinion on the Wall. Moreover, by transforming the demographic composition of the West Bank, Israel’s settlement policy and its ensuing institutional practices of dispossession and displacement have led to the long-term denial of the right to self-determination of the Palestinian people. The settlement enterprise is supported by Israeli banks, which provide financial infrastructure to the settlements and their business activities. Bank Hapoalim in particular provides loans and financial support for construction in settlements; is a guarantor of the state loans to the companies that built the Light Rail in Jerusalem, which connects settlements in occupied East Jerusalem to West Jerusalem; is a fund manager for settlements in the OPT and the occupied Golan Heights; supplies mortgages for homebuyers in settlements; and operates branches inside settlements.

“Denmark’s largest bank has taken an important step in recognising the contribution made by Bank Hapoalim towards the perpetuation of the settlement enterprise, and ensuing violations of international law,” said Shawan Jabarin, General-Director of Al-Haq. “This decision indicates an important development in the interpretation of corporate social responsibility to include international law as part of the due diligence process,” he added.

Danske Bank bases its Responsibility Policy on the principles of the UN Global Compact (1999), the OECD Guidelines for Multinational Businesses (2011) and the UN Guiding Principles on Business and Human Rights (2011). As such, Danske Bank has committed to avoid infringing on the human rights of others and to address any adverse human rights impacts with which they are involved. In addition, Danish national legislation requires that Danish companies report on their corporate social responsibility, explicitly with regard to their policies to respect human rights.

Danske Bank’s decision to add Bank Hapoalim to its exclusion list follows a decision last month by PGGM, the second-largest pension fund manager in the Netherlands, to withdraw its investments from five Israeli banks involved in financing activities related to the settlements located in OPT, including Bank Hapoalim. In December 2013, Dutch water company Vitens ended its collaboration with Israel’s national water company, Mekorot, while Royal HaskoningDHV, a Dutch engineering and project management company, terminated its involvement in a municipal wastewater project to be located in occupied East Jerusalem in September 2013.