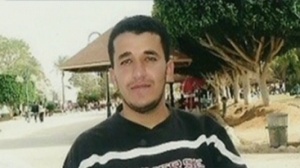 Palestinian Detainee Arafat Jaradat Was Tortured, Which Led To His Death In Israeli Custody

In advance of an Israeli Magistrate Court hearing in the matter of Mr. Jaradat, due to take place today, Dr. Sebnem Korur Fincanci, an internationally recognized expert in Forensic Pathology, is providing her expert opinion to the Court. According Dr. Fincanci's findings, Arafat Jaradat was severely beaten while in detention, resulting in Acute Respiratory Distress Syndrome, which caused his death in Israeli custody on 23 February 2013. Background Following Mr. Jaradat's death:  "At the [Israeli] National Center for Forensic Medicine, an autopsy was performed on the body of Arafat Jaradat by Prof. Yehuda Hiss, in the presence of Prof. Arnon Afek, Director of the Health Administration at the Ministry of Health, and Palestinian pathologist Dr. Saber Aloul." (From: Israel Ministry of Health statement).

Dr. Korur Fincanci, relying on the autopsy data and analysis provided by the Israeli forensic authorities and pointing to the various bruises visible in the pictures taken of the corpse by the Palestinian police prior to burial, concludes that the autopsy findings actually “are indicative for blunt trauma with a long and thick object” and are not consistent with resuscitation efforts. The immediate cause of death is lung oedema leading to acute respiratory distress syndrome, both of which “are highly consistent with timing of previous injuries that should be within 1-3 days prior to his death.”   Dr. Korur Fincanci's findings dispute Israel's official expert opinion, which stated the cause of death as "natural." The Palestinian forensic expert concluded that Mr. Jaradat's death is attributable to torture.

In the past, allegations have been raised of widespread torture in Israeli prisons and detention centers. At least one Palestinian death in Israeli custody has previously been confirmed as a result of torture (Abd al-Samet Harizat, 26/04/1995) and many other deaths in custody are strongly suspected to be a result of torture. Torture is not a criminal offense under the Israeli criminal code and to date no criminal investigations have ever been opened in cases involving allegations of torture.

Dr Korur Fincanci has been a medical doctor for 31 years and a forensic medicine specialist for 27 years. Dr. Korur Fincanci contributed to the drafting of the Istanbul Protocol, "Manual on the Effective Investigation and Documentation of Torture and Other Cruel, Inhuman or Degrading Treatment or Punishment," which is an official and internationally authoritative United Nations document. Her extensive research and publications include work on hunger strikes, on postmortem interval (time of death), on human rights violations in specific countries as well as on diagnostics of torture in cooperation with psychiatric and neurological faculties. Her expertise is internationally recognized and has been called for in numerous cases of alleged human rights violation such as the exhumation of mass graves in Bosnia and in the examination of allegations of summary executions in the Philippines.