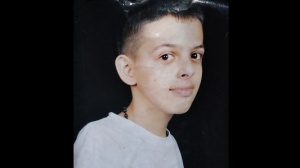 On the morning of Wednesday 2 July 2014, 16-year-old Muhammad Hussein Abu Khdeir was abducted from a street near his home in Shu'fat in occupied East Jerusalem. His charred body was later found in the village of Deir Yassin, Jerusalem.  This incident follows the finding of the bodies of three young Israeli settlers on 30 June 2014 and subsequent calls for revenge against Palestinians. Since 12 June the Israeli government has initiated a campaign of collective punishment, including mass arrests, movement restrictions, and punitive house demolitions. During this period seven Palestinians have also been killed by live fire in the West Bank by Israeli forces.  Al-Haq condemns any loss of civilian life and calls for accountability irrespective of the perpetrators involved.

Al-Haq is extremely concerned that the Palestinian civilian population will face increased attacks by Israeli settlers who illegally reside in occupied territory and enjoy institutionalized impunity.  As an occupying power Israel has a responsibility under IHL and IHRL to ensure protection of the Palestinian civilian population under its control.  The illegal Israeli settlement policy of transferring Israeli civilians into occupied territory is directly responsible for creating a hostile environment that puts civilians, both Israeli and Palestinian, in harm's way.  The events of the preceding weeks provide a glimpse into a bleak future with continued settlement expansion. The international community must act to end a settlement policy that violates international law in order to prevent a further deterioration of the situation on the ground and protect civilian life.