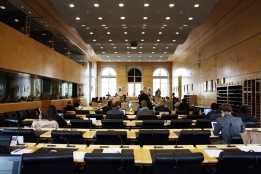 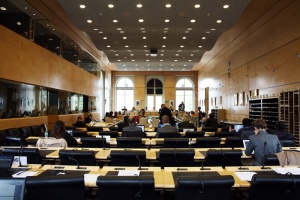 On 20 October, Israel underwent its fourth periodic review by the UN Human Rights Committee, hereinafter the Committee, which monitors States’ implementation of the International Covenant on Civil and Political Rights (ICCPR). During the review, the Committee members rejected strongly the Israeli government claim that the ICCPR is not applicable to the Palestinian population in the Occupied Palestinian Territory (OPT). The Committee was particularly disappointed that Israel failed in reporting on its obligations towards the Palestinian population under the ICCPR in its fourth periodic report to the Committee.

Al-Haq welcomes the Committee's Concluding Observations, published 30 October, which reiterated Israel’s obligation to uphold the provisions of the ICCPR in the OPT, including occupied East Jerusalem, and emphasised in paragraph 5(b) that Israel must “… acknowledge that the applicability of international humanitarian law during an armed conflict, as well as in a situation of occupation, does not preclude the application of the [International] Covenant [on Civil and Political Rights].”

As part of Israel’s review process, Al-Haq participated in informal and formal civil society briefings to the Committee members in the UN Geneva headquarters. In particular, an oral statement presented by Al-Haq to the Committee highlighted the recent annexation and unlawful expropriation of around 1,000 acres of Palestinian land in the governorates of Bethlehem and Hebron as an example of Israeli policies and practices that continue to undermine Palestinian sovereignty over land and natural resources in the OPT in violation of Article 1 of the ICCPR. Al-Haq further advocated for an explicit mention of the Palestinian right to self-determination in the Committee's Concluding Observations, which encompasses access to land and natural resources as being necessary for continued efforts to assert and secure Palestinian sovereignty and control over such resources, including natural gas, oil and water. In its alternative report, Al-Haq detailed Palestinian lack of access to natural resources and highlighted other violations of the ICCPR across the OPT including, inter alia, excessive use of force and restrictions on the right to freedom of movement.

Al-Haq commends the Committee for its Concluding Observations, particularly for indicating in paragraph 17 that Israeli policies such as the continued annexation of land through “the practice of claiming land as State land,” along with the annexationist nature of the Wall and its associated regime, restrict Palestinian access to natural resources and therefore undermine their right to self-determination. Accordingly, the Committee recommended that Israel should "[e]nsure and facilitate non-discriminatory access of Palestinians in the Occupied Palestinian Territory, including East Jerusalem, to land, natural resources, water and sanitation."

Israel has previously failed to adopt recommendations included in the Committee's 2010 Concluding Observations and has continued to disregard its obligations under the ICCPR towards the Palestinian population in the OPT. In light of ongoing unlawful acts in occupied East Jerusalem and elsewhere across the OPT, characterised inter alia by an excessive use of force, restrictions on the freedom of movement, and an increasing exploitation of natural resources, Al-Haq stresses the urgency of Israel's respect for the recommendations of the Committee and the rights of the Palestinian population under the ICCPR as well as other international human rights treaties.