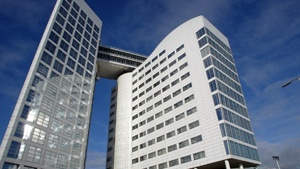 Israel’s unlawful seizing of nearly $400 million of Palestinian funds in order to collectively punish Palestinians for seeking justice through joining the International Criminal Court (ICC) has had devastating consequences for millions of people and is itself a “war crime” prosecutable under the ICC, says Ramallah based Palestinian human rights organisation Al-Haq.

A new report - titled “Israel’s Retaliatory Seizure of Tax: A War Crime to Punish Palestinian ICC Membership” and released by Al-Haq on the day that Palestine becomes a member of the ICC - documents the results of Israel’s withholding of taxes paid by Palestinian individuals and businesses over three consecutive months and which should have been transferred to the Palestinian Authority (PA). The tax payments were seized by Israel in response to Palestine’s accession to the ICC Statute in late December 2014 and amount to nearly three quarters of PA revenue for the period January to March 2015. This has lead to massive cuts to public sector salaries which have hit ordinary Palestinian families across the territory hard.

Shawan Jabarin, Director of Al-Haq, said "millions of ordinary Palestinians have been unlawfully punished for the peaceful and legitimate actions of their representatives simply seeking to ensure the international legal protections due to all people.

As a result of the seized tax revenue, hospitals and schools have not received essential funding and have been unable to properly function, with staff experiencing massive salary cuts and often struggling to travel to work. Families dependent on income from public sector salaries have not been able to buy enough food or afford their children’s education. People already living under the dire economic consequences of the occupation are often extremely vulnerable – the withholding of public funds for three consecutive months has caused massive damage in a very short space of time.”

The seizure of funds has also severely hampered the efforts to rebuild Gaza after the destruction of last summer, say Al-Haq.

Al-Haq’s report – which also analyses the seizure of taxes from December 2012 to February 2013 in response to Palestine seeking recognition as a State at the UN – demonstrates that these acts constitute both extensive appropriation of property carried out unlawfully and wantonly, a grave breach of the fourth Geneva Convention prosecutable at the ICC, and collective punishment, a war crime under customary international law.

Though the Israeli Prime Minister’s office announced last week that the government is to release the funds at the beginning of April, it stated that it would keep a proportion of the cash (raised from VAT, import duties and income tax paid by Palestinians employed in illegal Israeli settlements or inside Israel) to pay down alleged ‘debts’ to state-owned Israeli service companies. Much of this ‘debt’ is entirely illegitimate, being based for example on the sale of Palestinian resources such as water that have been unlawfully seized and sold back to the Palestinian people. Additionally, reports indicate that Israel may make the resumption of future transfers of the taxes gathered from Palestinian people and businesses conditional on Palestine not pursuing charges at the ICC.

“Despite condemnation from the UN and EU, governments have resoundingly failed to act against Israel’s seizure of funds which amounts to a war crime. States have an obligation to do all they can to ensure that Israel complies with international law.This includes using diplomatic means to pressure Israel to return all the seized funds, including money already transferred to state-owned Israeli companies to pay alleged debts, and to commit not to unlawfully appropriate Palestinian tax payments in the future. Governments must also investigate and charge the responsible officials under the principle of universal criminal jurisdiction" added Shawan Jabarin.

Palestine’s private sector - which is incredibly reliant on public stimulus due to the crippling effects of the occupation - has also been especially hard hit, with knock-on effects up the entire supply chain, further forcing the Palestinian people into a downward spiral of economic hardship.