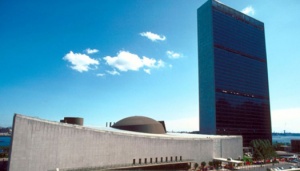 On 12 June 2015, Al-Haq met with the Special Rapporteur on the situation of human rights in the Palestinian territories occupied since 1967 (SR) in Amman, Jordan. In briefing the SR, Al-Haq provided testimonies from the field and data on numerous human rights violations committed by Israel against the Palestinian population in the Gaza Strip and the West Bank, including East Jerusalem.

In particular, Al-Haq reported on regular and continuing human rights violations taking the form of unlawful Israeli policies. Such policies involve the unlawful appropriation and annexation of land, including land confiscation that results in the expansion of settlements. Al-Haq also reported on settler violence that continues as a result of institutionalized impunity granted by Israel. Al-Haq also discussed the excessive use of force against the Palestinian population and disregard of Palestinians’ right to life by the Israeli Occupying Forces. Another important point raised at the meeting was the illegal eight-year long closure of the Gaza Strip. Al-Haq also emphasized with the SR how the closure of Gaza constitutes a policy of collective punishment implemented through other measures, such as closures of Palestinian areas, seizure of Palestinian tax money, house raids, house demolitions and arbitrary detentions.

Additionally, Al-Haq invited the SR to address in his next report issues of business and human rights in the OPT and the detrimental effects that Israel’s illegal appropriation and exploitation of natural resources have on the Palestinians’ right to self-determination and to freely dispose of their wealth and natural resources, enshrined in common article 1 International Covenant on Civil and Political Rights and the International Covenant on Economic Social and Cultural Rights.

In conclusion, Al-Haq urged the SR to visit the OPT and to be firm with Israel in refusing to cooperate not only with the SR but with Special Procedures more generally.

In follow-up to the meeting with the SR, Al-Haq submitted to the SR an update on the systematic human rights violations committed by Israel in the OPT and urged the SR to call on the international community to take concrete action to ensure that Israel is held to account for its actions.