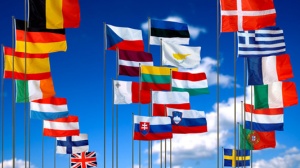 The recent escalation of violence in the Occupied Palestinian Territory occurs in the context of Israeli operations in the Al Aqsa compound. In recent weeks, Israeli settlers have been allowed protected access to the holy site whilst Israel has prohibited Palestinian worshipers under the age of 50 from entering the compound. The Al Aqsa compound, which is located inthe heart of the Old City of East Jerusalem, is a Holy Muslim site under Jordanian guardianship. Nevertheless, on 4 and 5 October, Palestinians were in general not permitted to enter the Old City of East Jerusalem. [2] By catering to settlers’ claims over the holy site the Israeli Government has again displayed its aspiration for dominance over East Jerusalem.

In the face of grave violations of Palestinian rights, the European Union (EU) has refrained from publicly uttering any opposition in the form of EU statements to the recent wave of unlawful attacks against Palestinians. The EU’s silence does not, however, extend to attacks against Israelis. Following a lull of public interventions, the EU issued two statements on attacks against Israelis that completely ignored the overall situation and root causes of the escalation of violence. Al-Haq is gravely concerned that the EU’s silent approach will be received as tacit approval of Israeli practices and policies.

Therefore, Al-Haq calls on the European Union to, inter alia:

[1]OCHA, Humanitarian Update, Concern over Escalation of Violence across the West Bank, 5 October 2015.

[2]According to the Israeli police statement only Israelis, students, tourists, residents and business owners were allowed entry into the Old City.