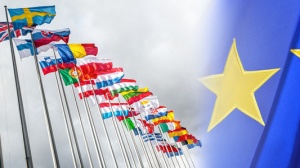 Kingdom of the Netherlands

On 29 and 30 October 2015, the second edition of the Dutch-Palestinian Bilateral Cooperation Forum will be convened in The Hague. The upcoming edition builds on the 2013 forum in Bethlehem where the parties agreed that the forum’s principal objective is the strengthening of bilateral relations by increasing cooperation in the field of innovation and by bringing together representatives from both governments, including mayors from local councils, from universities and from the private sector. It was also decided that the forum would strengthen cooperation in the field of water, food production, agriculture, renewable energy, recycling and ICT.[1]

Al-Haq and Article1 Collective take this opportunity to highlight the grave implications of the Israeli occupation on the ability of the Netherlands and Palestine to achieve the aims of the forum. Directly relevant to the envisioned cooperation are Israel’s severe restrictions on Palestinian movement of goods and people. Israel does not allow Palestinians to move their products freely within the OPT nor to freely export their products. These movement restrictions are currently hindering the full implementation of the EU-Palestine Association Agreement, which foresees the progressive liberalization of Palestinian trade and the economic development of the Gaza Strip. The effects of Israel’s movement restrictions have also been confirmed by UNCTAD in their 2015 report on its assistance to the Palestinian population. In that report, UNCTAD underlined that “multiple constraints on movement subvert the actual and potential investment of exports-oriented firms and enhance the dependence of the Occupied Palestinian Territory on imports”. [2] Israel’s unlawful exercise of sovereignty over Palestinian natural resources is another emblematic example of the way in which Israel hinders Palestinian economic development and cooperation with other governments. At the present time, Israel exploits Palestinian natural resources, including water, for the benefit of its citizens including settlers at the expense of the Palestinian population. [3] Dutch-Palestinian cooperation on water management is therefore contingent on the end of Israel’s occupation and its violation of the Palestinian right to self-determination.

In order to ensure a viable Dutch-Palestinian bilateral cooperation, Al-Haq and Article1 Collective call on the Dutch Government to:

We look forward to future exchanges,

[2] UNCTAD, Report on UNCTAD Assistance to the Palestinian people: Developments in the Economy of the Occupied Palestinian Territory (6 July 2015), para 8, available at http://unctad.org/meetings/en/SessionalDocuments/tdb62d3_en.pdf

[3] Al-Haq, Water for One People Only: Discriminatory Access and Water Apartheid in the OPT (2013), available at http://www.alhaq.org/publications/publications-index/item/water-for-one-people-only-discriminatory-access-and-water-apartheid-in-the-opt

[5] Who Profits, Financing the Israeli Occupation: The current Involvement of Israeli Banks in Israeli Settlement Activity (November 2013), available at  http://www.whoprofits.org/content/financing-israeli-occupation-current-involvement-israeli-banks-israeli-settlement-activity