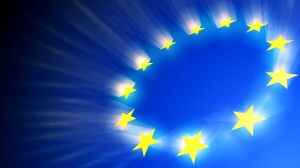 Ahead of the convening of the Foreign Affairs Council that will take place on 16 and 17 November 2015, FIDH and its member Al-Haq would like to draw your attention to what has become the deadliest year for Palestinians in the West Bank, in recent times. The Foreign Affairs Council is the ideal forum for the European Union to speak with one voice, to reaffirm its commitment to ensuring respect for international law in the Occupied Palestinian Territory and to send a strong a clear message to Israel that the occupation must be brought to an end.

According to Al-Haq, 64 Palestinians were killed during October alone[1]. According to the Red Crescent Society, the Israeli Occupying Forces injured another 8.266 Palestinians during the same month. 760 of these injuries were caused by the use of live ammunition. [2] The wide-scale unlawful killing and injury of Palestinians took place in a context of a state decision to relax live firearm regulations and the violent repressions of Palestinian demonstrations. Whereas Al-Haq recorded that 23 Palestinians were killed during demonstrations and 38 were killed in alleged Palestinian attacks against Israelis including its armed forces during the month of October, it must be highlighted that Israeli forces have adopted a shoot-to-kill policy that results in the extrajudicial killing of Palestinians. This shoot-to-kill policy deprives Palestinians of their lives, often wilfully, but also their right to the presumption of innocence and a fair trial in blatant violation of the international law.

There are currently no signs that the violence unleashed against Palestinians will be brought to an end. On the contrary, Israel is using the escalation of violence as a pretext for furthering repression in East Jerusalem and entrenching its settlements. In addition to Israel resorting to physical force to quell legitimate Palestinian opposition to Israel’s oppression, Israel has undertaken punitive measures against the Palestinian population that is aimed at transferring and displacing Palestinians. Such measures include severe restrictions on the movement of Palestinians in Palestinian neighbourhoods in East Jerusalem, punitive house demolitions of alleged attackers, and the revocation of East Jerusalem residency permits.[3]

There is no doubt that the current escalation of violence, conducted by both the Israeli Occupying Forces and Israeli settlers, is a direct result of Israel’s endeavours to pursue its colonialist enterprise and then illegal occupation and to gain ground while trying to force the endorsement of what is an unacceptable de facto situation.

The EU is therefore at a critical cross-roads where it can employ the tools at its disposal to bring Israel’s unabated violations and occupation to an end, or continue to treat the current situation as a prolonged isolated string of events that simply require that the parties return to status quo. Indeed, after decades of Israel’s denial of Palestinian right to self-determination, a return to the status quo is an unacceptable and unsustainable measure.

For several years, the EU has linked Israel’s unlawful practices, such as the demolitions and confiscation of Palestinian homes and the consequent eviction and forcible transfer of Palestinians, with the viability of the two-state solution and a peace process. However, the EU must back up its verbal condemnation and objections with actual action.

In its strategic Framework and Action Plan for Human Rights and Democracy, the EU committed itself to making the fight against impunity and compliance with international humanitarian law its priorities. The EU ensured that it will “make use of the full range of instruments at its disposal, including sanctions” and that it will “ensure the best articulation between dialogue, targeted support, incentives and restrictive measures”. According to those commitments, the EU needs then to make it clear that the human rights clause of the EU-Israel Association Agreement as well as restrictive measures are real options and not only ornamental tools.

The EU must take the opportunity through the FAC to collectively declare its intent to prohibit the import of settlement products and ensure that companies do not become involved in or benefit from violations of international law in the occupied territory, including the settlement enterprise. EU member states  are indeed under a legal obligation to ensure the respect of the peremptory norms of international norms and to not render aid or assistance in maintaining the illegal situation created by the settlement policy infringing those norms.

In light of the above, FIDH and Al-Haq call on the European Foreign Ministers to:

[1]  In 2014, 58 Palestinians were killed in the West Bank see https://www.ochaopt.org/documents/annual_humanitarian_overview_2014_english_final.pdf