Main Menu
Violence against Palestinian Women Must Stop
Latest Topics
Susan Power
The Legal Architecture of Apartheid
Al-Haq Highlights Israel’s Apartheid Regime and Calls for Accountability at the 46th Session of the Human Rights Council
PHROC Submits Petition in Response to Palestine’s Inter-State Complaint against Israel under ICERD
Al-Haq Participates at Side Event to HRC 46: Israel’s Health Apartheid Must Be Recognised and Condemned by the UN and Member States
On World Health Day, Al-Haq Recounts Israel’s Systematic Denial of Palestinians’ Right to Health
Al-Haq Field Report on Human Rights Violations in February 2021
Violence against Palestinian Women Must Stop
02، Dec 2015 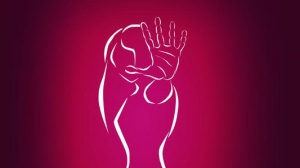 November 25 marked the annual International Day for the Elimination of Violence against Women worldwide. This year, the United Nations Secretary General launched the UNiTE Campaign to End Violence against Women, proclaiming the 25th of each month a day to raise awareness and take action against violence against women and girls. In Palestine, women and girls continue to face restrictions on their rights and freedoms. Palestinian women living under Israeli occupation are uniquely impacted by Israel’s policies. Additionally, Palestinian women are subject to injustice and deprived of their rights given the inadequacy of and flaws in Palestinian laws, and within Palestinian society more broadly.

On 25 November 2015, 17-year-old R.B's body arrived to the hospital in Beit Lahia, North Gaza. Her body indicated signs of strangling and bruises. According to the Palestinian Police in the district, R.B's 33-year-old brother was arrested and confessed to killing his sister on the basis of "family honour". Prior to R.B.'s death, there were 17 cases of "honour killings" documented in 2015, according to the Women's Centre for Legal Aid and Counselling.

Over the past three years, there has been an increase in the average number of femicide cases in the West Bank and the Gaza Strip. In 2014, the Palestinian Authority (PA) took one positive step in dealing with the increase by amending Article 98 of the Penal Code of 1960, applied in the West Bank and relevant to the reduction of sentences for those who commit honour crimes. However, given the heightened rate of killings, it is clear that such changes are not enough. Specifically, Articles 99 and 100, which remain in the Penal Code, also provide avenues for lenient sentencing for perpetrators of such crimes. In the Gaza Strip where the Penal Code of 1936 is applied, Order 102 has been long used in cases of honour killings and the lenient sentencing of perpetrators. In light of this, there is a stressing need to revise and implement the draft unified Penal Code of 2011. Nevertheless, even if a new penal code that guarantees protection for women against violence and killings is established, broad societal outreach and education must be undertaken for comprehensive change.

In addition to laws related to violence against women, other laws relevant to women’s equality such as the personal status law, inheritance, divorce, age of marriage, and others have not been adopted or amended in line with Palestine’s international obligations, including the Convention on the Elimination of all Forms of Discrimination Against Women (CEDAW).

Al-Haq is gravely concerned by the alarming increase of incidents of violence against women, including femicide, in the Occupied Palestinian Territory. Al-Haq calls on the Palestinian authorities to take effective measures through its legislation, policies, and outreach to ensure the protection of women and promote their participation in society on all levels. In light of its recent accession to international treaties, including CEDAW, Al-Haq calls on all Palestinian authorities to respect their duties and obligations towards women. As the Occupying Power, Israel must also comply with its obligations under international humanitarian and human rights law.