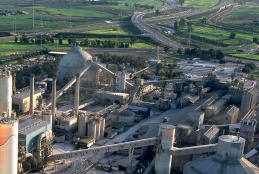 Al-Haq welcomes the decision by CRH, an Irish holding company, to sell its 25% share in Mashav. Mashav is the holding company for Nesher, an Israeli cement company which supplies materials for illegal Israeli settlements and the Annexation Wall.

CRH did not explain the reason for the sale in its Development Strategy Update.  However, Al-Haq, along with other civil society organizations, had repeatedly called on CRH to divest from Mashav and has more broadly highlighted the role of state and business actors in human rights violations in Palestine.

Under the United Nations Guiding Principles on Business and Human Rights, business enterprises should conduct human rights due diligence. According to the Commentary for Principle 17, such due diligence includes identifying “general areas where the risk of adverse human rights impacts is most significant.” The Principles further stress the heightened risk of abuse in conflict-affected areas, the need for businesses to respect standards of international humanitarian law, and potential liability for business enterprises in cases of abuse.

Both international and Israeli businesses have profited from Israeli settlements and the Annexation Wall, which are illegal under international law. Nesher is one such company that has contributed to the construction and development of both, and may be complicit in violations of international humanitarian and human rights law.

Access Industries, based in New York, are now the full owners of Mashav via Clal Industries. Previously, Access Industries held 75% of Mashav. The case of Access Industries, along with other American ties to businesses operating in Israeli settlements, highlight the need for the United States government to development a strong National Action Plan (NAP) for Implementing the UN Guiding Principles on Business and Human Rights. The US NAP must provide strong guidance for businesses operating in conflicted-affected areas, and ensure that such  businesses undertake a human rights due diligence process so that its operations and that of its subsidiaries comply with international law.