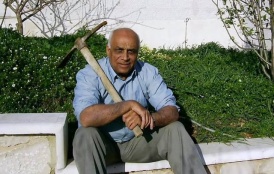 Al-Haq has been worryingly following the case of Abd Al-Sattar Qasem, a political science professor at Al-Najah University, who was arbitrarily detained following a televised interview on 27 January 2016. Al-Haq is particularly concerned that the Attorney General and the procedures taken by the judiciary against Qasem were not in line with the Palestinian Basic Law, various legislation or international standards relevant to fair trial, as well as freedom of expression and opinion.

This case comes after Palestine’s accession to various international treaties and conventions, without reservations, including the International Covenant on Civil and Political Rights (ICCPR). This requires the State to adhere to international obligations within the context of its legislation and policies. As such, the State is required to provide information in its official reports on these conventions to demonstrate domestic remedies and their effectiveness in implementing rights and public freedoms.

The United Nations Working Group on Arbitrary Detention affirms in Fact Sheet No. 26, that deprivation of liberty is arbitrary in several instances: when arrest or detention allowed by domestic law is arbitrary according to international standards; when domestic law is ambiguous or too broad; or if the detention results from the exercise of other human rights such as freedom of speech, expression, belief or assembly. It is also considered arbitrary when the non-observance of international norms to a right to fair trial is of such seriousness as to give the deprivation of liberty an arbitrary nature.

Based on Al-Haq’s documentation and follow up, Abd Al-Sattar Qasem was accused of broadcasting false information against the State, verbally assaulting “higher statuses”, targeting the President of the State, slandering the public authority, and inciting and provoking conflict between sects. In light of this, and with all due respect to the independence of the judiciary, Al-Haq would like to provide comments on fair trial guarantees in the course of criminal proceedings, as follows:

Every criminal trial reflects the extent to which a State respects its obligations toward human rights and fair trial guarantees.

On 7 February 2016, Qasem was released on bail until court proceedings are finalized and a court order is issued.