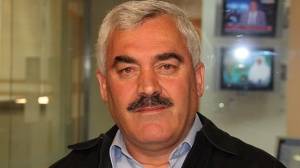 The International Federation for Human Rights (FIDH) convened its 39th annual international Congress in Johannesburg, South Africa from 22 to 27 August 2016. The Congress was attended by four hundred representatives from 178 FIDH member organizations, representing 120 countries from around the world, in addition to other participants including activists and human rights defenders.

On Monday, 22 August, the Congress held leadership elections during which Shawan Jabarin, General Director of Al-Haq, was elected as Secretary General of FIDH. Mr. Jabarin had previously been elected as Vice President of FIDH, having served in that position for over three years.

FIDH is an independent international NGO based in France that seeks to defend civil, political, economic, social and cultural rights. It strives to see societies develop in a manner that embodies equality, dignity and freedom for all human beings. Each of these are goals that strongly mirror Al-Haq's own vision; to see international human rights and humanitarian law adhered to, so that Palestinians can enjoy equal treatment with respect to their human dignity.