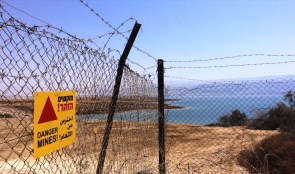 On November 16, Al-Haq participated in a formal side event, “Practicing responsible business in occupied territories: the role of companies & investors,” at the UN Forum. Al-Haq highlighted the recent report of the Special Rapporteur on the situation of human rights in the Palestinian territories occupied since 1967, which noted:

“No other society in the world faces such an array of cumulative challenges that includes belligerent occupation, territorial discontinuity, political and administrative divergence, geographic confinement and economic disconnectedness.”

Al-Haq recognized that some businesses do not understand theses “challenges,” and misperceive the nature of occupation and issues regarding liability. Al-Haq therefore underscored that the occupation creates strict legal obligations on Israel as the Occupying Power, including limitations on the use of Palestinian natural resources. However, instead of adhering to this legal framework, Israeli and foreign companies continue to benefit and profit from the exploitation of Palestinian natural resources.

Al-Haq further intervened on the topic of discrimination in situations of occupation and how business presence may perpetuate and profit from Israel’s discriminatory policies and practices. Here, the plight of Gaza fishermen was highlighted. Al-Haq regularly documents attacks against fishermen by the Israeli Occupying Forces (IOF) ranging from killings and injuries, to detention (where individuals are often taken and held in Israel in violation of international law), to the confiscation of fishing boats and equipment. These attacks occur under the backdrop of Israel’s continuing illegal 9-year long closure of Gaza, which is partly implemented in order to insulate Israel’s gas industry, which US company Noble Energy holds a monopoly. One IOF commander has stated:

“Immediately following Operation Protective Edge, the Palestinians went back to commercial fishing. We enforce fishing bans in order to prevent irregularities. At this time the fishing zone range is six miles. The Palestinians requested that it be extended to 12 miles. Such extension will produce an operational problem, as it would place them substantially closer to the Tethys and Tamar offshore rigs, while we maintain a very intensive defensive effort around those rigs.”

As Israel ensures the continuance of its gas industry through the maintenance of lethal practices and its policy of closure, the lives and livelihoods of Palestinian fishermen are continually threatened. As noted by the Special Rapporteur, “the right to development requires…the substantive realization of equality of opportunity for everyone in their access to basic resources and their socioeconomic rights.”

Alongside the UN Forum, Al-Haq participated in other events on business and human rights, including “Business and Human Rights in Palestine: The Many Facets of the Occupation Industry” on November 15, with the Who Profits Research Center, Article 1 Collective, and Badil. There, Al-Haq highlighted its new campaign “Facts on the Ground” on Israel’s exploitation of Palestinian natural resources.