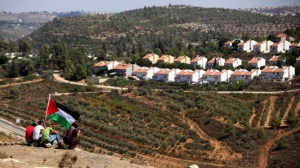 On November 24, 2016 France issued a notice regarding the labeling of products from Israeli settlements in the Occupied Palestinian Territory (OPT) and the occupied Golan Heights. The notice comes over one year after the issuance of  the Interpretative Notice on indication of origin of goods from the territories occupied by Israel since June 1967 by the European Commission. The latter Notice served to apply existing European Union legislation, provide greater clarity on the origin of goods from the Occupied Palestinian Territory and the Golan Heights, and ensure  the Union’s  “conformity with international law on the non-recognition by the Union of Israel’s sovereignty over the territories occupied by Israel since 1967”.[1]

At the time of the Interpretative Notice, Al-Haq along with other organizations in the Palestinian Human Rights Organizations Council (PHROC) issued a statement welcoming the Notice but calling for further action. Similarly, while Al-Haq commends France for taking another step forward, Al-Haq underscores that states must fully adhere to their legal obligations. In order to do so, states must ban settlement products from their domestic markets.[2] As States continue to evade their international obligations in relation to Israel’s occupation, individuals and communities have taken action. Al-Haq acknowledges and commends recent initiatives made by municipalities in Europe, including most recently Trondheim in Norway, to ban settlement products and services.[3]

Al-Haq further underscores that without such a ban, Israel’s settlement enterprise will undoubtedly continue to expand.[4] Indeed, over the course of 2016, Israel’s unlawful policies and practices have only deepened. In the past year, demolitions across Area C have dramatically increased.  Al-Haq has documented 248 demolitions of home structures, causing the displacement of 1227 individuals, including 686 children. Alongside demolitions, Israel has continued to expand settlements in Area C and references by Israeli officials to full annexation have grown.[5] Given the absence of accountability, Israel’s policies and practices continue to be driven by the profitability of its occupation, including the settlement enterprise.

As Palestinians enter the 50th year of the occupation, the international community must move beyond empty condemnations and begin to take real, concrete action that will have an immediate impact on Israel’s unlawful policies. A ban on settlement products, along with other measures which target Israel’s settlement enterprise, must be implemented.

[1] Interpretative Notice on indication of origin of goods from the territories occupied by Israel since June 1967 , European Commission, 11 November 2015, para. 2, available at
https://eeas.europa.eu/sites/eeas/files/20151111_interpretative_notice_indication_of_origin_en.pdf

[2] For a full legal analysis see Al-Haq report “Feasting on the Occupation: Illegality of Settlement Produce and the responsibility of EU Member States under International Law,” available at
http://www.alhaq.org//cached_uploads/download/alhaq_files/publications/Feasting-on-the-occupation.pdf

[5] Minister of Agriculture Uri Ariel stated “We have to aspire to the annexation of Area C.” Israeli minister wants to annex half of West Bank — but what about the Palestinians who live there?, The Washington Post, 8 June 2016, available at
https://www.washingtonpost.com/news/worldviews/wp/2016/06/08/israeli-minister-wants-to-annex-half-of-west-bank-and-kick-out-the-palestinians/?utm_term=.75d32fdf0cfc .