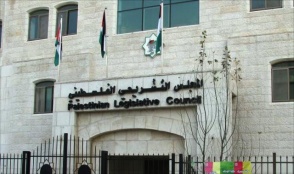 *As the primary drafter of recent joint Arabic statements by the Palestinian Human Rights Organizations Council, Palestinian civil society and non-governmental organizations, Al-Haq has translated and collated four statements,[1] and added additional clarifying information into the below paper.

Al-Haq is gravely concerned over the deterioration of the internal political situation, and calls attention to various steps taken by Palestinian leadership and the judiciary which, when viewed together, provide a clear picture of the state of the rule of law in Palestine.

Most recently, on Monday, 12 December 2016, President Mahmoud Abbas’s legal adviser, Hasan Al-‘Ouri, announced the President’s decision to lift the immunity of several members of the Palestinian Legislative Council in accordance with the General Prosecutor’s request to interrogate the members regarding criminal charges against them. The members are Mohammad Dahlan, Shami Al-Shami, Najat Abu Baker, Naser Joma’a, and Jamal Al-Tirawi; all are members of the Fatah party. The members have yet to be formally notified of the decision. However, as a result of the decision, on 14 December, Dahlan was sentenced to 3 years in prison for corruption and fined $16 million.

The Palestinian Human Rights Organizations Council (PHROC), of which Al-Haq is a member, condemned the decision of President Abbas to lift the parliamentary immunity of five members of the Palestinian Legislative Council (PLC) in a statement.[2] PHROC warned of the collapse of the political system in its entirety, as: principles enshrined within the Palestinian Basic Law are flouted; the rule of law is violated; the principle of separation of powers, including the independence of the judiciary, is disregarded; and the human rights situation continues to deteriorate. The result has been a totalitarian system of government with centralized power and decision-making.

The decision comes during a period of internal political fragmentation, and heightened political disputes among the leaders of Fatah. Al-Haq again notes that the lifting of immunity comes as part of a series of actions taken over the past year that serve to consolidate power within the executive branch. This includes:

On April 3, 2016, President Abbas issued a Presidential Decision appointing the members of the Supreme Constitutional Court (SCC). While the Law on the SCC was established in 2006, the Court had never been formed, and instead the High Court functioned in its place (as according to the Basic Law).[3]

Following the Presidential Decision on 3 April, civil society organizations (CSOs) and non-governmental organizations (NGOs) immediately issued a letter addressed to President Abbas affirming that the decision violates the provisions of the Basic Law, SCC Law and the Judicial Authority Law. The letter further stressed that the formation of the SCC should only take place within the context of other democratic reforms. Specifically, national reconciliation, the unification of the judiciary in the West Bank and Gaza Strip, and presidential and legislative elections take precedence over the court’s formation. The letter also highlighted the need to ensure the integrity, independence and impartiality of the SCC and its members, and for safeguards to ensure that such principles are not violated. [4]

On 18 September the High Court ordered the cancellation of a Presidential Decision appointing Imad Saleem as Vice-President of the High Court and Vice-President of the High Judicial Council (HJC), noting that Saleem did not have the nomination from the HJC as according to law. Within hours, the SCC issued its first interpretative opinion on Articles 18 and 20 of the Judicial Authority Law. Rather than solely providing an interpretation, the Opinion affirmed the President’s authority for the appointment and seemingly overturned the High Court’s decision from earlier that day. Al-Haq notes that such action falls outside of the SCC’s mandate.

Moreover, following the issuance of the Opinion, CSOs and NGOs, including Al-Haq, issued a position paper highlighting that the SCC issued the Opinion without abiding by the legal procedures for its formation.[5]

These procedures, however, were violated as the oath of the current judges of the SCC was taken on 5 April and in the absence of the PLC President. Al-Haq notes the importance of taking the oath in the presence of the leadership of the executive, legislative, and judicial branches of government, highlighting the checks and balances inherent in the separation of powers. For the SCC to convene and examine any request for a interpretive opinion or constitutional dispute, the Court should be formed consistent with the provisions of the Basic Law and the SCC Law.

In the September paper, organizations affirmed that given that the constitutional and legal procedures for the formation of the SCC were effectively breached, violating the rule of law as the basis of governance in Palestine, the Court should be dissolved and the SCC opinions should be rendered invalid.[6]

President of the High Judicial Council Sami Sarsour resigned from his position on 13 October 2016. At the time, Palestinian civil society issued a statement on the “resignation”, and noted that it was an infringement of the Basic Law and Law governing the Judicial Authority.[7] Civil society organizations received documented information that Sarsour was required to sign his resignation at the time of his appointment on 20 January 2016. Sarsour also affirmed this in an interview.[8]

Al-Haq notes that Counsellor Imad Saleem, whose appointment as Vice-President of the HJC was contrary to law (as mentioned above), became President of the HJC following Sarsour’s “resignation”.[9] Al-Haq notes that Sarsour’s “resignation” and Saleem’s appointment both raise concerns regarding the independence of the judiciary and adherence to the principle of separation of powers.

Following a request to interpret Articles 47bis, 51, and 53(1) of the Basic Law, on 3 November, the SCC issued an interpretive opinion vesting President Abbas with the power to lift the parliamentary immunity of any member of the PLC, when the PLC is not in session.

In its opinion, the SCC provided:

“The President of the Palestinian National Authority did not exceed his authority in issuing the Decree Law[10] to lift the immunity of any member of the PLC when the PLC is not in session. Assessment of [the President’s]authority is not subject to fixed standards. [Such authority] varies according to circumstances at hand, which may affect the economic or social conditions in the country; and to deal with cases of necessity to preserve the structure of the state and to maintain public order. This authority is an extraordinary legislation, which compensates for the failure and inability of the PLC to convene.”

Following the issuance of the opinion, Palestinian CSOs and NGOs held an emergency meeting and raised its concerns in a statement. First, and as initially noted, because the SCC was formed in contravention to the law, its decisions should not be considered valid. The statement also questioned the merits of the SCC’s interpretation. Notably, the SCC did not reference Article 53 of the Basic Law which safeguards parliamentary immunity. Further, Article 38 of the Basic Law delineates the exclusive powers of the President and affirms, “[t]he President of the National Authority shall exercise his executive duties as specified in this Law.” The SCC’s opinion stands in stark contradiction to the plain meaning of the law. Further, neither extraordinary nor regular legislation can violate the provisions of the Basic Law and its supremacy. Amendments to the Basic Law can only be made “by a majority vote of at least two-thirds of the members of the Palestinian Legislative Council”[11]   and not on account of the “circumstances at hand…and to deal with cases of necessity.”[12] To vest the Executive Authority with the power to lift the constitutionally prescribed parliamentary immunity of PLC members violates the Basic Law and undermines the principles of the rule of law and separation of powers. Such decisions further dismantle the political system as a whole, and pave the way to an autocratic government and authoritarianism.

In condemning the opinion, Al-Haq further calls attention to statements made by the President of the SCC on 29 March 2013, before he assumed his position, and other opinions he expressed after he assumed his position which call into question his independence, impartiality, and respect for the separation of powers. His statements included: refuting the supremacy of the Basic Law over legislation; stating that the President had the right to remove the parliamentary immunity of PLC members;[13] and affirming that the “state of necessity” endowed the President with almost absolute powers.

Al-Haq underscores the importance of contextualizing all actions leading to President Abbas’s decision to lift the parliamentary immunity of 5 PLC members. Al-Haq further highlights the broader meaning and significance of the decision and, along with the above critique of the SCC’s opinion, notes that the necessary legal procedures were not followed. Parliamentary immunity for elected PLC members is a key principle which is guaranteed by the Basic Law, and allows PLC members to freely and securely exercise their legal and constitutional functions of legislating and overseeing the executive authority. It also serves to promote and protect the public interest. Alongside Article 53 of the Basic Law, Article 47bis states that the current Parliament’s term ends when members of a newly elected Parliament take the constitutional oath.[14]

In total, parliamentary immunity can neither be waived nor lifted without following strict constitutional and legal procedures. None of these procedures were followed in the case at hand. Accordingly, the decision amounts to a flagrant violation of constitutional principles, and violates the rule of law and the separation of powers.

Al-Haq adopts PHROC’s recommendations found in the 14 December paper, which call for:

[3] Article 104 “The High Court shall temporarily assume all duties assigned to administrative courts and to the High Constitutional Court, unless they fall within the jurisdiction of other judicial entities, in accordance with applicable laws.” Available at
http://www.palestinianbasiclaw.org/basic-law/2003-amended-basic-law

[14] While Art. 47(3) notes that the term of PLC members should be four years, Art. 47 bis serves to ensure that no vacuum exists between elections. This is notably not the case for the President, who can only serve a one-time renewable four year term (Art. 36 of the Amended Basic Law).