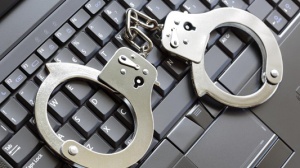 Al-Haq called attention to Palestine’s draft law on cyber crimes in February 2017 in a letter sent to the UN Special Rapporteur on the promotion and protection of the right to freedom of opinion and expression, David Kaye. In the letter, Al-Haq noted that the draft law contravened both the Palestinian Basic Law as well as international law and standards, including Article 19 of the International Covenant on Civil and Political Rights (ICCPR). Al-Haq further highlighted several articles which were representative of the overly broad language and excessive penalties  found throughout the law. The letter emphasized that the draft law was part of efforts to narrow civil, political, and social space, and that such a law would embolden further actions against perceived political opponents. Indeed in June, over a dozen news and media websites were blocked following a decision by the Attorney General. There are currently over 2 dozen websites that have been blocked.

Our concern  has been further deepened with the approval of the Cyber Crimes Law. It was published in the Official Gazette on 9 July 2017, without any prior discussions between government authorities and civil society. Following the law’s publication, Al-Haq sent another letter to the Special Rapporteur updating him on the status of the law and, again, highlighting emblematic articles which violate the rights to freedom of opinion, expression, and privacy. These rights have been further threatened under a larger clampdown by the Palestinian Authority  which has included arrests and detentions of activists, journalists, and others.

We urge the State of Palestine to: