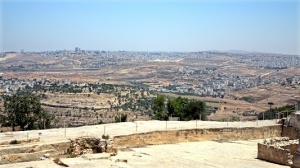 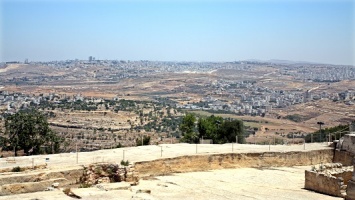 December 10th marks International Human Rights Day, the day on which the Universal Declaration of Human Rights was adopted by the United Nations General Assembly in 1948. In observing the day, Al-Haq reaffirms the universal principles, which the Declaration seeks to protect, and calls upon individuals and States to consider how the international community can help bring about their realization.

Nearly seventy years since its adoption, a gap between the Universal Declaration and its implementation continues to prevail with severe impacts on diverse populations around the world. This remains the case for the Palestinian people living under prolonged Israeli occupation in the occupied Palestinian territory (OPT), within the Green Line, and in the Diaspora. On International Human Rights Day 2017, the human rights situation in the OPT continues to deteriorate as a result of Israel’s systematic policies of displacement and dispossession that have targeted Palestinians since the Nakba.

In the OPT, the Israeli Occupation Forces have continued to create coercive environments through a wide range of practices leading to the forcible transfer of Palestinian communities, including settlement expansion, the construction of the Annexation Wall, appropriations of land and exploitation of natural resources, restrictions on family unification, and demolitions. In 2017 alone, Al-Haq recorded 164 demolitions throughout the OPT. These include 61 structures that were demolished and 3 partially demolished in East Jerusalem, displacing 180 individuals, including 100 children.1

In highlighting just one example of the state of human rights for Palestinians, Al-Haq is launching a short video, “Everything is Forbidden.” The video provides a snapshot of the village of Nabi Samwil, the obstacles residents face, and their steadfastness.

Nabi Samwil is a Palestinian village located in the “J2” area of the Jerusalem Governorate, and is designated as Area C. In March 1971, Israel entered the village and demolished the homes adjacent to the mosque. Residents were then transferred to another area a few hundred meters away. In 1995, Israel declared the village a national park. Israel’s construction of the Annexation Wall in 2005 left Nabi Samwil isolated from the West Bank, with the Wall capturing the village towards Jerusalem. Because the majority of residents hold West Bank IDs, they are prohibited from entering Jerusalem without permits, even though no physical barrier exists between the village and the city. Nabi Samwil is a microcosm of Israel’s occupation at-large, where the most basic human rights of Palestinians are violated, and a coercive environment aims to transfer Palestinians from their lands.

On International Human Rights Day, Al-Haq calls upon the international community to cooperate to bring to and end Israel’s policies and practices which violate the human rights of all Palestinians, including those in Nabi Samwil, and take immediate, decisive action to end Israel’s occupation of Palestinian land. A full report on Nabi Samwil is forthcoming. “Everything is Forbidden” is linked below.

1This figure is as of 1 November 2017 and includes the demolition of residential houses in addition to other structures such as shops and animal shelters.