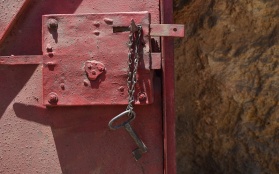 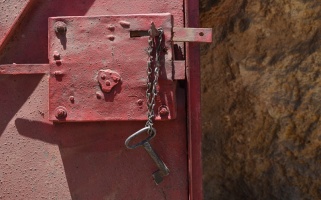 Today marks the culmination of eight weeks of protests in the Gaza Strip, during which the Israeli Occupying Forces have killed 100 Palestinians, shooting to kill and to intentionally injure unarmed protesters participating in the Great Return March, calling for an end to Israel’s unlawful closure of the Gaza Strip and the realisation of Palestinian refugees’ right of return. The Great Return March was launched on 30 March 2018, in commemoration of Land Day, marking the day in 1976 when Israeli police killed six Palestinian citizens of Israel as they protested the State’s expropriation of thousands of dunums of their land in the Galilee. Since its launch, the Great Return March has been met with the same violence Israeli forces displayed on Land Day over forty years ago, in the same attempt to silence Palestinians and erase their collective memory.

This day also marks the seventieth commemoration of the Nakba, or ‘catastrophe’, when some 800,000 Palestinians were forcibly expelled from their homes and property, 531 villages were destroyed, and over ten thousand Palestinians were massacred by Zionist forces in the events leading up to 1948. Only about 150,000 Palestinians remained in the territory of Mandate Palestine following the Nakba, a quarter of whom were internally displaced. In the immediate aftermath of the war, the dispossession of Palestinian refugees and internally displaced persons was sealed through the adoption of legislation designed to deny their right of return to their homes and property, in force until this day.

The events of the Nakba were already unlawful under international law at the time of the Nakba, with dispossession and expulsions of civilians having already constituted violations of the laws and customs of war. The illegality has moreover been perpetuated for decades, with Palestinians systematically denied their inalienable right to return, as mandated by international law and reaffirmed in over a hundred United Nations resolutions. Having gained strength over time, international law entitles Palestinian refugees and displaced persons to redress for the violations they and their descendants have suffered, and requires Israel to realise their right of return.

Seventy years on, the Nakba has come to symbolise the denial of rights passed down from one generation of Palestinians to the next and an ongoing process of displacement and dispossession on both sides of the Green Line driven by Zionist colonial policies and practices. As such, the plight of Palestinians resembles in many ways that of indigenous peoples around the world, forcibly uprooted and dispossessed, supplanted by foreign settlers, while subjugated to a second-class life in their own land. Like most indigenous peoples, Palestinian attachment to land, even after seven decades in exile, remains a defining marker of Palestinian identity and collective memory. Yet, in many other ways, the Palestinian plight has been different, precisely because of the refugeehood into which nearly three-quarters of the Palestinian people were forced in 1948 and thereafter. It is the millions of Palestinian refugees, deprived for generations of the right to return to the homes from which their ancestors were uprooted, that is a distinguishing characteristic of the Palestinian struggle for self-determination.

The horrors of the Nakba, which we commemorate on this day, are compounded by Israel’s systematic attempts to erase and falsify the memory of Palestinian expulsion in 1948, including through the enactment of legislation criminalising the mere commemoration of Nakba Day on May 15th as a day of mourning. Yet, after all this time, the Zionist enterprise has failed in erasing the Nakba from Palestinian collective memory. While Israel has hoped Palestinians would some day forget and abandon the rights to which they are entitled, seventy years later, they have far from forgotten. Today, a Palestinian born anywhere around the world still identifies with the city or village from which their ancestor was expelled, despite in many cases never having been allowed to set foot in Palestine.

Today, millions of Palestinians are calling Israel to account for the crimes the State has never redressed, based on the very memory Israel has sought so long to erase. It is this history, that Palestinians carry on their shoulders, as they call for dignity and rights, as they march for the eighth consecutive week in the Gaza Strip and the rest of Palestine and demand the realisation of their right to return home.

* A version of this article, written by Al-Haq’s legal researcher Rania Muhareb, was published in Spanish in El Público and may be accessed here.
Related Subjects
Over 280 ESCR-Net Members Call for Stronger Treaty to Regulate Corporate Activities
Al-Haq’s Engagement with the UN Committee on Economic, Social and Cultural Rights for Israel’s Fourth Periodic Review
Al-Haq Welcomes Launch of World Health Organization Report on the Right to Health in the Occupied Palestinian Territory