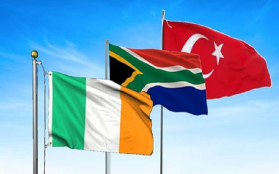 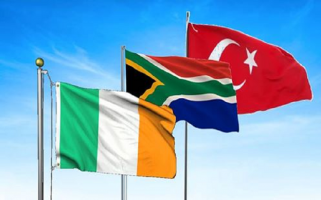 Al-Haq welcomes the decision made by South Africa and Turkey to recall their ambassadors from Tel Aviv, as well as Ireland’s summoning of the Israeli Ambassador in Dublin. Such significant diplomatic gestures reaffirm states’ condemnation of the crimes committed by the Israeli Occupying Forces (IOF) in the besieged Gaza Strip. The move further reaffirms the High Contracting Parties’ respect for their obligations under Common Article 1 of the Geneva Conventions, which lays down an obligation to respect and ensure respect for the Conventions in all circumstances.

Al-Haq continues to monitor and document the IOF’s persistent attacks against Palestinians in the Gaza Strip who have been peacefully demonstrating for seven weeks, calling for the realisation of their fundamental right to self-determination and their right of return, guaranteed by international law. Between 30 March and 15 May 2018, 103 Palestinians have been killed by the IOF, while more than seven thousands have been injured, hundreds by live fire. As part of its continued efforts towards accountability and achieving justice, Al-Haq continues to communicate with the Office of the Prosecutor of the International Criminal Court (ICC), and provide it with evidence on the commission of internationally recognized crimes that fall within the ICC’s jurisdiction.

In light of the above, Al-Haq calls on the:

Israel’s systematic and ongoing violations of international law committed against the Palestinian people require collective work towards ensuring accountability of the Occupying Power, Israel, to bring to an end Israel’s prolonged occupation and colonization, and to achieve international justice.