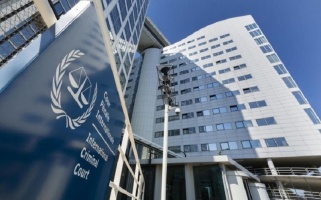 On 22 May 2018, the State of Palestine referred the situation in Palestine to the Prosecutor of the International Criminal Court, in accordance with Article 14 of the ICC Statute.  In submitting its state referral, the State of Palestine highlighted crimes committed in the context of the settlement enterprise, such as the forcible transfer of Palestinians, the destruction and appropriation of their property, and the policy of mass arbitrary detention. Other crimes brought to the forefront were unlawful killings of peaceful protesters and apartheid.

The State of Palestine acceded to the ICC Statute on 1 January 2015. The Prosecutor has since examined whether or not there is a reasonable basis to believe that war crimes and crimes against humanity have been committed on the occupied territory, or by Palestinian nationals, since 13 June 2014.

Al-Haq, Al Mezan, and the Palestinian Center for Human Rights have submitted five comprehensive communications to the Prosecutor, as part of her preliminary examination on the situation in Palestine. These communications have related to  the 2014 offensive against the Gaza Strip, the Israeli-imposed Gaza closure, the use of the Hannibal Directive in Rafah, and crimes committed in the West Bank including Jerusalem. The organisations have also provided information on the lack of domestic investigations and prosecutions.

The Prosecutor has sufficient evidence before her to take the decision to complete the preliminary examination and open an investigation.  Furthermore, Israel is not willing nor able to investigate and prosecute its nationals, in particular high-level military and civilian officials, for crimes committed against Palestinians. Therefore, Palestinians do not have recourse to justice through domestic judicial mechanisms and depend on the intervention of international institutions. The ICC acting as a court of last resort must provide redress to Palestinian victims by exercising its mandate with respect to war crimes and crimes against humanity committed by Israelis.

The full referral made by the State of Palestine to the ICC on 22 May 2018 is available here.