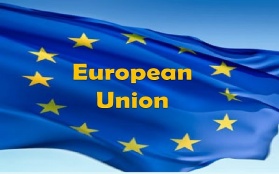 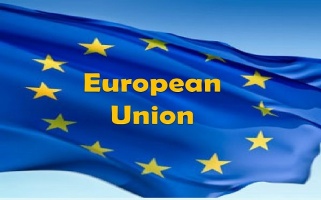 In a new development that reveals the State of Israel’s direct official involvement in smear campaigns against Palestinian human rights organizations and their European partners, the Israeli Ministry of Strategic Affairs and Public Diplomacy published a report today calling on the European Union (EU) and European states to halt their  direct and indirect financial support and funding to Palestinian and international human rights organisations that “have ties to terror and promote boycotts against Israel.”[1] The report targets international and Palestinian organisations, including Al-Haq, Palestinian Centre for Human Rights (PCHR), Al-Mezan, Applied Research Institute Jerusalem, the Palestinian Non-Governmental Organisation Network (PNGO), Al-Kamandjati, Agricultural Development Association (PARC), Trocaire, Norwegian People’s Aid, EuoMed Rights, among others. The report claims to establish a financial link between the organisations concerned and the EU. In addition to being inaccurate, the report makes false accusations against the organisations in question and their staff members. For example, the report falsely claims that Al-Haq receives funding from EuroMed Rights.

Al-Haq, the Palestinian Center for Human Right (PCHR) and Al-Mezan Center for Human Rights (the organizations) strongly condemn the publication of the report as part of Israel’s campaign to silence Palestinian and international human rights organizations work in highlighting Israel’s violations of international law. Israel’s report aims to encourage the EU and European states to cut off important core funding to Palestinian human rights organisations.

The report published by the Israeli Ministry of Strategic Affairs and Public Diplomacy finally proves a long held belief by human rights organisations that smear campaigns and attacks on their organisational reputations stem from the State of Israel - campaigns which have intensified in the past few years. The report clearly exposes this link and builds on other official efforts of incitement against the organizations through direct meetings with European officials and statements. For example, on 29 June 2017, Israel’s Ambassador to the UN Danny Danon took advantage of a media stake-out organized in front of the Security Council to attack Al-Haq and Al-Mezan.[2] Similarly, on 10 July 2017, Israel’s Prime Minister Netanyahu smeared Al-Haq in a meeting with Irish Foreign Minister Simon Coveney.[3]

For decades, the organizations have promoted and protected human rights in the occupied Palestinian territory, and challenged injustices perpetrated against the Palestinian population resulting from prolonged military occupation and colonisation. At the same time, the organizations have been widely recognized as professional, transparent and credible organizations. Over the years, the Israeli authorities have relentlessly used various techniques to silence the organizations, including office raids, arrests, death threats as well as smear and defamation campaigns. The organizations note that the campaign against them and their partners has intensified as they have pursued accountability efforts, especially at the level of the International Criminal Court. The organizations expect the campaign to continue more aggressively as they continue with legal proceedings to hold Israeli perpetrators accountable for violations of international law.

The organizations would like to extend their sincere gratitude to their European partners for standing strong against Israel’s pressures and for their continued support of human rights and justice and the common values that we share with them. Meanwhile, the organizations call on the European Union and targeted European states to take a firm stand against the Israeli State campaign and expose its true motives. In particular, the organizations call on the United Nations Special Rapporteur on Human Rights Defenders to dedicate a report to the examination of the State of Israel’s smear campaign and its intended goals.

Finally, the organizations reiterate their commitment to defending human rights and working towards achieving justice, by ensuring individual criminal liability for perpetrators of international crimes, including Israeli government and military officials.

[1] Ministry of Strategic Affairs and Public Diplomacy, ‘The Money Trail – The Millions Given by EU Institutions to NGOs with Ties to Terror and Boycotts against Israel – An In-Depth Analysis’ (May 2018)