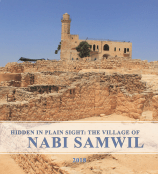 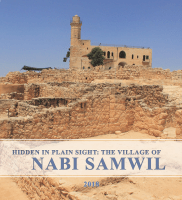 Nabi Samwil is a small Palestinian village located in the West Bank, which has been targeted since 1967 by Israeli officials. Although not included in the expanded municipal boundaries of Jerusalem, it was seen as an area of strategic importance given its proximity to the city. In 1971, near the start of the occupation, Israel demolished the homes of residents, constituting a direct forcible transfer, and in the decades following, continued to implement a variety of policies and practices to create an environment ripe for the indirect forcible transfer of residents.

The village’s designation as Area C and as a national park have subjected it to an unlawful planning regime, where building, including simple structures, is largely prohibited. Nabi Samwil became further isolated following the construction of the Annexation Wall, leaving residents to face severe movement and access restrictions due to their status as West Bank ID-holders, and the villages location to the east of the Green Line and to the west of the Wall.

In this report, Al-Haq seeks to detail the daily lives of Palestinians from Nabi Samwil, including the hardships they face due to Israel’s policies and practice that target the village. Al-Haq previously released a video, “Everything is Forbidden: Life in Nabi Samwil” which also illustrates these issues, in the words of the residents themselves.

Al-Haq also examines the Israeli narrative on the village as a “national park,” its unlawful excavation of the area surrounding the alleged tomb of the prophet Samuel (Nabi Samwil in Arabic), and Israel’s obligations under international law. Through examining the realities on the ground, Al-Haq seeks to illustrate Israel’s clear plan for the village - its emptying of Palestinians - while also underscoring the resolve of Palestinians to remain on their land.

A link to the report “Hidden in Plain Sight: the Village of Nabi Samwil”