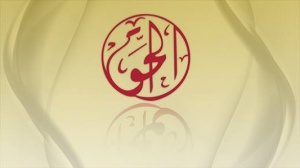 Al-Haq follows with concern recent developments in the justice sector. A Draft Law by Decree Amending the Judicial Authority Law No. 1 of 2002 has been in circulation. A report issued by the Justice Sector Development Committee was also published on 28 November 2018 in conjunction with the circulated Draft Law by Decree. Both developments have a bearing on judicial independence and the justice sector.

Al-Haq is of the view that the Committee's report and Draft Law by Decree vest the executive with overbroad and unconstitutional powers over the judiciary and administration of justice. Both involve a clear conflict of interests, a deviation from legislative requirements, and cause a further deterioration in the judiciary and justice system.

Against this background, Al-Haq calls for a serious community dialogue to examine ways to halt the continued deterioration of the judiciary and justice apparatus, discuss reform mechanisms and requirements, and draw lessons from reform processes that have failed over the past years. Below are key comments on the interconnected and concurrent report of the Justice Sector Development Committee and Draft Law by Decree Amending the Judicial Authority Law. These comments are ensued by relevant conclusions.