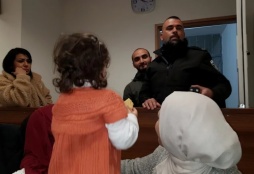 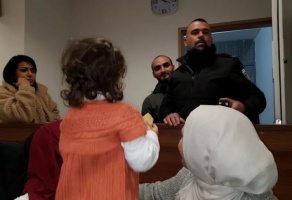 On Friday, 26 April 2019, Al-Haq, along with Addameer Prisoner Support and Human Rights Association, Jerusalem Legal Aid and Human Rights Center (JLAC), Community Action Center (Al-Quds University), Civic Coalition for Palestinian Rights in Jerusalem, and Amnesty International (hereinafter ‘the Organisations’) submitted an urgent appeal to the United Nations (UN) Special Procedures in relation to the imminent deportation and arrest of Mustafa Al-Nadir Iyad Al-Kharouf, a Palestinian Jerusalemite. The Organisations addressed the urgent appeal to the UN Special Rapporteur on the situation of human rights in the Palestinian Territory occupied since 1967, Mr. Michael Lynk, the UN Special Rapporteur on the promotion and protection of the right to freedom of opinion and expression, Mr. David Kaye, and the UN Working Group on Arbitrary Detention.

On 22 January 2019 at around 3:00 am, Israeli occupying forces arrested Mustafa Al-Kharouf from his home in Jerusalem under the pretext that he is an "unlawful resident." Since then, Mustafa has been held in Givon prison in Al-Naqab and faces imminent deportation to Jordan. Mustafa, who was born in Algeria but moved to Jerusalem when he was 12 years old with his Palestinian Jerusalemite father and their family, has never acquired a residency permit to allow him to live in Jerusalem. Instead, he has long struggled with the different Israeli ministries, institutions, and courts to allow him to remain in Jerusalem with his family.

In December 2018, the Israeli Ministry of Interior rejected Mustafa's family unification application on alleged security grounds, which the occupation authorities have tied to Mustafa's work as a photojournalist, and which Mustafa denies. It should be noted that neither Mustafa nor his lawyer have been able to access any of the evidence brought against Mustafa by the Israeli authorities. In April 2019, the Jerusalem District Court rejected Mustafa's appeal for his family unification application that was rejected in December 2018. The Israeli District Court further upheld the Ministry of Interior's order to deport Mustafa to Jordan. Mustafa was given until Sunday, 5 May 2019 to appeal the decision at the Israeli High Court of Justice.

In the joint urgent appeal, the Organisations highlighted the numerous pertinent violations under international human rights and humanitarian law, stemming from the measures and decisions taken by the Israeli authorities against Mustafa Al-Kharouf. Notably, Mustafa has been arbitrarily detained for more than 90 days and is at the risk of being forcibly transferred and deported. In addition, Mustafa's residency rights, his right to freedom of movement and his right to family life, among others, have all been obstructed and violated. Accordingly, the Organisations have called on the relevant UN Special Procedures to:

For more details and to read the urgent appeal sent by the six human rights organisations, click here