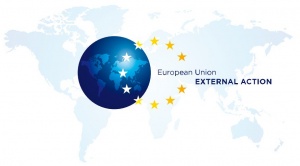 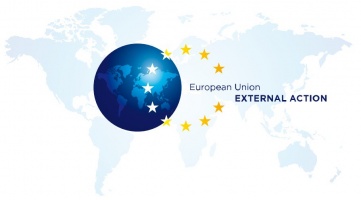 Al-Haq has received with alarm the statement, dated 5 May 2019, by European Union (EU) High Representative/Vice President Federica Mogherini on the continuing Gaza escalation,[1] in which the EU "reiterate[d] its fundamental commitment to the security of Israel," and provided that "[i]ndiscriminate rocket attacks from Palestinian militants in Gaza must stop immediately," stating that "[t]hese attacks provoke unspeakable suffering to the Israelis and serve only the cause of endless violence and of an endless conflict."

Al-Haq urges that all civilians regardless of their identity be guaranteed their humanitarian rights to be protected from direct and targeted attacks. Accordingly, Al-Haq deeply regrets that, despite the serious escalation against Palestinians in the Gaza Strip between Friday, 3 May 2019, and Sunday, 5 May 2019, the EU statement failed to condemn the killing of 25 Palestinians, including 13 civilians amongst them children, in Gaza and the injury of some 150 Palestinians over the course of the escalation. Nor did the statement call on Israel, the Occupying Power, to halt the firing of almost 130 artillery shells and some 200 missiles against more than 140 targets in Gaza, including 20 homes and residential buildings, one mosque, workshops for metalworking, turnery and carpentry, three security headquarters, two cars, six motorcycles and motor vehicles, and about 40 plots of agricultural land across the besieged Gaza Strip.[2]

While the EU statement refers to the need "to relieve the suffering of the people in Gaza who are already paying a high price with many victims that we mourn", it does nothing to shed light on the root causes of Palestinians' protracted plight. In the Gaza Strip, the latter is rooted in over 11 years of suffocating Israeli closure, which amounts to unlawful collective punishment in violation of international humanitarian law and has made Gaza uninhabitable, as repeatedly warned by the United Nations (UN). Within this context, the EU statement fails to refer to the immediate need for Israel to lift its unlawful closure, as recommended by the UN Commission of Inquiry on the 2018 Protests in the Occupied Palestinian Territory (OPT). As such, the statement raises serious concerns as to the genuine commitment of the EU, including that of a number of its Member States, towards the realisation of Palestinians' inalienable rights.

What is more, the EU statement has failed to place Israel's recent escalation within the wider context of repeated Israeli military assaults on Palestinians in the Gaza Strip in 2008-2009, 2012, and 2014. In addition, there is no mention of Israel's violent suppression of unarmed civilian protests as part of the ongoing Great Return March, resulting in the Israeli occupying forces' killing of 206 Palestinian protesters in the Gaza Strip since 30 March 2018, which amounts to suspected war crimes and crimes against humanity. Critically, since 1948, Israel has maintained brutal effective control over Palestine through the ongoing Nakba, the systematic denial of Palestinian human rights, and the creation of a regime of racial domination and oppression over the Palestinian people, amounting to the crime of apartheid. Moreover, since 1967, Israel has imposed a prolonged colonial occupation over the West Bank, including East Jerusalem, and the Gaza Strip, denying Palestinians their inalienable right to self-determination and permanent sovereignty over their natural wealth and resources, in a process of ongoing dispossession, expropriation of land and resources, and forcible transfer of Palestinians.

Furthermore, while the statement offers special condolences "to the Israeli people," it does not reciprocate condolences to the Palestinian people and victims of Israel's latest indiscriminate shelling campaign. This reflects an unprecedented development in the EU's bias towards Israel, the Occupying Power, and its readiness to diminish Palestinian suffering, amounting to a dehumanisation of Palestinian victims. This new and abhorrent EU position follows a deeper worrying trajectory in current international relations on Palestine, culminating in unlawful measures taken by the United States (US) in relocating the US Embassy from Tel Aviv to Jerusalem, thereby entrenching the annexation and colonisation of Palestine, in addition to US efforts to undermine the Palestinian refugee question and the right of Palestinian refugees to return to their homes and property, as mandated by international law.

Finally, the EU statement does nothing to address the urgent need for accountability and international justice for widespread and systematic human rights abuses committed against Palestinians, by Israel, the Occupying Power, including those which may amount to international crimes. This only serves to entrench Israel's longstanding impunity and compound the climate of frustration amongst Palestinians, and notably the Palestinian youth, as to the ineffectiveness of the international system as a whole and the unwillingness to hold Israel to account. Accordingly, and in light of the above, Al-Haq calls on the EU and its Member States, in line with their legal responsibilities as third States parties, to:

To read the EU statement of 5 May 2019 "on the continuing Gaza escalation", please click here.