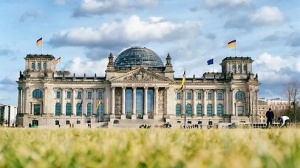 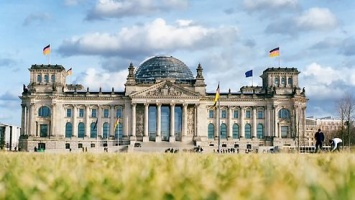 It is with great alarm and distress that we, the undersigned Palestinian civil society organisations, human rights groups, networks, and coalitions address this urgent statement to the German Bundestag and Government in light of its recent resolution against the Palestinian Boycott, Divestment and Sanctions (BDS) movement,[1] dangerously conflating the movement and anti-Semitism, while more broadly targeting all civil society actors working towards the promotion and protection of fundamental rights and freedoms of the Palestinian people and in the Occupied Palestinian Territory. We call on the German Government to refrain from adopting this resolution into law considering its serious ramifications for Palestinian civil society and its violation of Germany’s obligations as a third State party to ensure respect for international law in the Occupied Palestinian Territory.

The undersigned are deeply concerned with the joint resolution, adopted on 17 May 2019, and co-signed by four German political parties; CDU/CSU, SPD, FDP, and the Alliance90/Greens. The resolution violates international human rights law, namely the rights to freedom of expression, opinion, and of association. It forms part of a systematic backlash and organised lobby efforts, primarily led by the Israeli Government, to undermine, delegitimize, and vilify the peaceful BDS movement. This is well exemplified in the mandate of the Israeli Ministry of Strategic Affairs and Public Diplomacy “to act against the delegitimization and boycott campaigns against the state of Israel.”[2] In 2017, Israel passed Amendment No. 28 to the Entry into Israel Law, which prohibits granting a permit for entry to, and residence in Israel, to persons who have knowingly published a public call for or participated in boycott activities. This law has been used to restrict the entry[3] and work of human rights defenders, including the Human Rights Watch Israel and Palestine Director.[4] This systemic backlash continues to take place despite the fact that BDS has long been protected within the framework of the rights to freedom of expression and opinion, including by the German Government and courts,[5] along with other European Governments, the European Union (EU), and the United Nations (UN).

The EU has explicitly affirmed the necessity to protect the rights to freedom of expression and of association, as enshrined in the EU Charter of Fundamental Rights, including with regards to BDS activities throughout EU Member States.[8] In addition, in July 2018, the EU warned against Israel’s “vague and unsubstantiated” claims in this regard, deeming them as part of its wider “disinformation campaigns.”[9] The EU then reaffirmed its position in favour of protecting the rights to freedom of expression and of association, highlighting that “any action that has the effect of closing the space in which civil society organisations operate by unduly restricting freedom of association should be avoided.”[10]

In April 2019, three UN Special Rapporteurs publicly stated that supporting or opposing BDS is protected by the universally recognised rights to freedom of opinion, expression, and of association. The Special Rapporteurs further highlighted that “[t]he ability of human rights organisations and defenders to actively engage in civil society work to defend and advance the principles guaranteed in the International Bill of Human Rights is a litmus test for measuring the respect for democratic liberties in any society […] Stifling these liberties undermines any government’s claim to respect fundamental freedoms and values.”[11]

Regrettably, the resolution in question adopted by the German Bundestag penalises civil society working towards ensuring fundamental rights, freedom, justice, and dignity for the Palestinian people, whose rights have been systematically denied since the Nakba of 1948 and throughout Israel’s prolonged military occupation of the Palestinian territory. Such resolution further restrains the already existing shrinking space for civil society organisations, and effectively silences Palestinian civil society, which, for decades now, has worked at the forefront to advocate for the realisation of Palestinians’ inalienable rights and to promote respect for international law, as the foundation for freedom, justice, and equality.

Against this backdrop, the lack of political will amongst third States to take serious measures to effectively cooperate to bring to an end Israel’s prolonged occupation has emboldened Israel, the Occupying Power, to pursue its widespread and systematic human rights violations and grave breaches of international humanitarian law, while entrenching its colonisation and occupation of the Palestinian territory and dispossession of indigenous Palestinians. Yet civil society organisations continue to peacefully and publicly counter the ongoing and escalating attacks against the Palestinian people, including as a result of land appropriation, pillage of natural resources, forcible transfer, and the systematic erasure of Palestinian presence, identity, heritage, and narrative.

In 2005, the call for BDS was launched by Palestinians to offer an alternative, peaceful, and non-violent means for civil society to oppose Israel’s pervasive violations and crimes committed against Palestinians. Rooted in civil society initiatives, boycott movements have historically contributed to the global defense of human rights and social justice. Boycotts for social justice have included the Montgomery bus boycott in the United States, the anti-Apartheid movement in South Africa, and efforts to end the slave trade in 18th century England. The Palestinian BDS movement is grounded in a consensus amongst 170 Palestinian civil society organizations, including unions, academic institutions, political parties, and cultural groups, and follows the tradition of global movements that have sought to bring to an end and call for accountability for widespread and systematic human rights abuses.

Critically, the BDS movement is a Palestinian-led, global movement for freedom, justice and equality, anchored in the principles of international law that “opposes as a matter of principle all forms of racism, including Islamophobia and ant-Semitism.”[12] It must be emphasised that the BDS movement does not call for the boycott of individuals, groups, and entities on the mere basis of their Israeli identity or Jewish faith, as incorrectly stated by the Bundestag resolution. It rather addresses individuals and institutions that are specifically affiliated with and/or complicit in Israel’s violations and grave breaches of international law.[13] The undersigned recall that criticism of the State of Israel, as a political entity, comprising its Government, military forces and agents, is protected by the rights to freedom of expression, opinion, and media freedoms, amongst others.

Finally, the undersigned warn Germany that, should it proceed to pass this resolution into a legally binding instrument, this would further threaten the relationship between Palestinian and German civil society. In turn, this would directly and negatively impact the provision of basic social services, including in the health and education sectors, the promotion of human rights and international law, and legal aid, amongst other work carried out by Palestinian civil society with the support of German and other international organisations. Critically, the German Bundestag must translate Germany’s commitment to a two-state solution by supporting organisations and movements that peacefully seek to end the occupation and associated human rights abuses.

In light of the above, the undersigned Palestinian civil society organisations, human rights groups, networks, and coalitions call on:

[6] Deutscher Bundestag, Basic Law for the Federal Republic of Germany, available in English at: https://www.btg-bestellservice.de/pdf/80201000.pdf

[8] European Parliament, Parliamentary Questions, 15 September 2016, Answer given by Vice-President Mogherini on behalf of the Commission, available at: http://www.europarl.europa.eu/doceo/document/E-8-2016-005122-ASW_EN.html?redirect

[13] “BDS does not target artists. It targets institutions based on their complicity in Israel’s violations of international law.” See https://bdsmovement.net/faqs#collapse16250