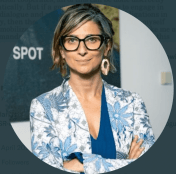 Al-Haq welcomes the acknowledgement of the scale of Israeli oppression and the need for it to be addressed holistically, in particular the practice of settler-colonialism, a war crime under international humanitarian law (IHL) and the Rome Statute of the International Criminal Court.[2] By concentrating on settler-colonialism and the “de-Palestinianization” of the OPT the report targets one of the most insidious and underdiscussed elements of Israel’s occupation by the international community.[3]

The report widely discusses Israel’s settler-colonialial practices, including its historical context from 1967, noting that that it is largely “because of (Israel’s) settler-colonial endeavours” that it continues to prolong its occupation indefinitely, with Israel’s ultimate goal of illegally annexing the OPT.[4] In particular, Ms. Albanese criticises and condemns the continued construction of Israeli settlements in the OPT, despite both UN Security Council and UN General Assembly resolutions recognising the violation of IHL.[5] The Report further states that Israel’s occupation is not “merely belligerent, but settler-colonial in nature”.[6]

Recommendations from the report include updating of the database of businesses operating in the illegal settlements, established to name and shame such practices,[7] as well as offering full support to the Independent International Commission of Inquiry, and encouraging it to investigate “in more depth than the territorial and geographic limitations of her mandate allow”.[8] Notably among the recommendations, Ms. Albanese endorses that the international community should “refrain[…] from making withdrawal (from the OPT) subject to negotiation between Israel and Palestine”.[9] Al-Haq praises this position which recognises both the inherent illegality of the Israeli occupation and the inherent need to end it, as well as the right of Palestinian self-determination which cannot be fulfilled as long as the occupation persists.

In the 74 years since the Nakba, there has been a prolonged failure of the international community to operate against the now widely acknowledged Israeli apartheid regime in place against the Palestinian people, as well as Israel’s settler-colonial practices.  The acknowledgement by the special rapporteur that “exercising the right to self-determination in the form of a politically independent State in all of the occupied Palestinian territory would be a minimum requirement of justice for the Palestinian people”, recognises the scale of the crimes that have been committed cannot be resolved through self-determination and political sovereignty alone.[10] Al-Haq continues to call for the international community to act, in accordance with its obligations under international law, against these crimes perpetrated against the Palestinian people. We therefore hope that this report will spur the international community into action against Israel’s settler-colonialist apartheid regime that has operated with impunity for too long.