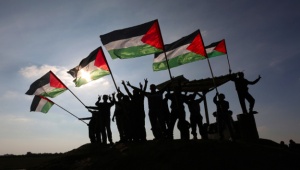 On 4 October 2022, as part of its engagement with the United Nations (UN) Human Rights Council, Al-Haq delivered a joint oral intervention under the general debate on racism, racial discrimination, xenophobia and related forms of intolerance, follow-up to and implementation of the Durban Declaration and Programme of Action.[1] The joint statement highlighted Israel’s continued maintenance and entrenchment of its settler-colonial apartheid regime, with impunity, despite Durban Declaration and Programme of Action’s recognition of the right of the Palestinian people to self-determination, and reaffirmation that states have a responsibility to prevent colonialism and the crime of apartheid wherever and whenever it occurs. In particular, the statement underlined Israel’s new “Procedure for Entry and Residence of Foreigners” in the West Bank, which represents its latest measure to racially engineer an Israeli-Jewish demographic majority on both sides of the Green Line. Furthermore, acknowledging that Israel systematically attempts to erase the Palestinian collective and national identity, memory, and narrative, the statement highlighted Israel’s latest efforts to overreach into Palestinian education system in occupied Jerusalem, through imposing its curricula on Palestinian schools. Overall, the joint statement urged the Council and its Member States to demand Israel to repeal its Entry Regulations and cease its interference with Palestinian demography and education system, and to uphold the Palestinian people’ rights to self-determination and return, and end Israeli impunity, including by acknowledging Israel’s settler-colonial apartheid regime.

The full statement reads as follows:

Through its new “Procedure for Entry and Residence of Foreigners”, which further restricts entry of foreign nationals and Palestinians with foreign passports who wish to work or join their families in the West Bank, Israel aims to racially engineer an Israeli-Jewish demographic majority on both sides of the Green Line.

We call on this Council and UN Member States to: