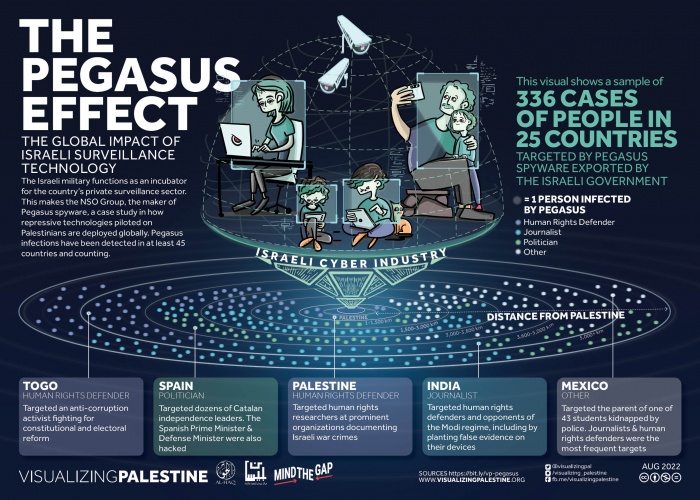 Al-Haq partnered with Visualizing Palestine, Bisan Center and Mind The Gap Consortium to create “The Pegasus Effect,” a visual that uses the idea of the “butterfly effect” to depict how technologies that uphold Israeli apartheid ripple outward to impact communities thousands of miles away.

The structures of Israeli settler colonialism, military occupation, and apartheid have enabled Israel to build one of the largest cyber industries in the world. By exporting technologies such as Pegasus spyware, the Israeli government and private Israeli companies are profiting off of escalating threats against human rights defenders, journalists, and political opponents around the world and exporting the Palestinian experience of mass surveillance and state violence under apartheid.

Read Israeli Spyware brochure done in collaborations with others here. 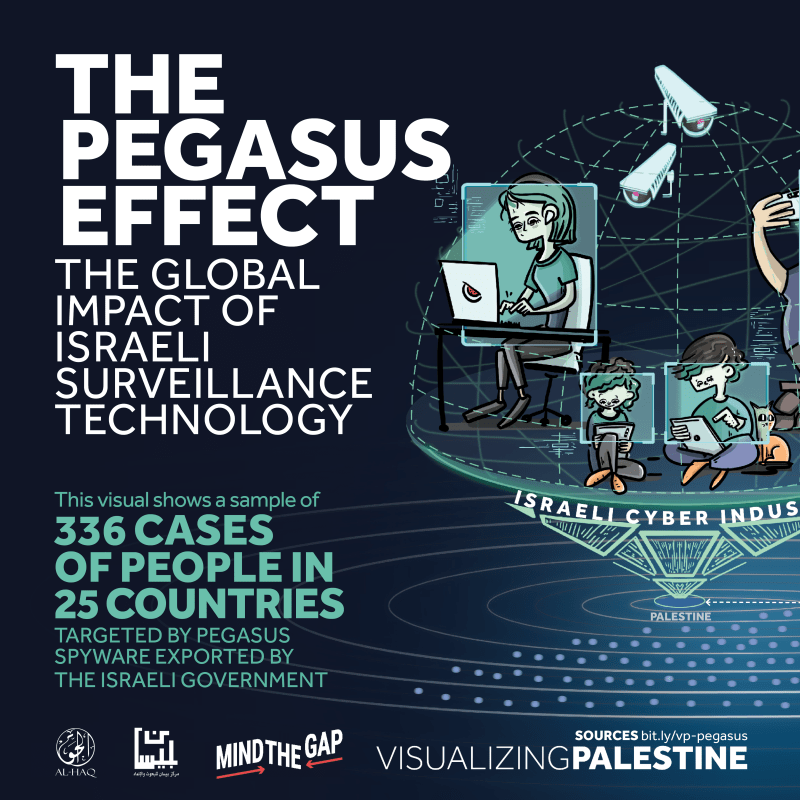 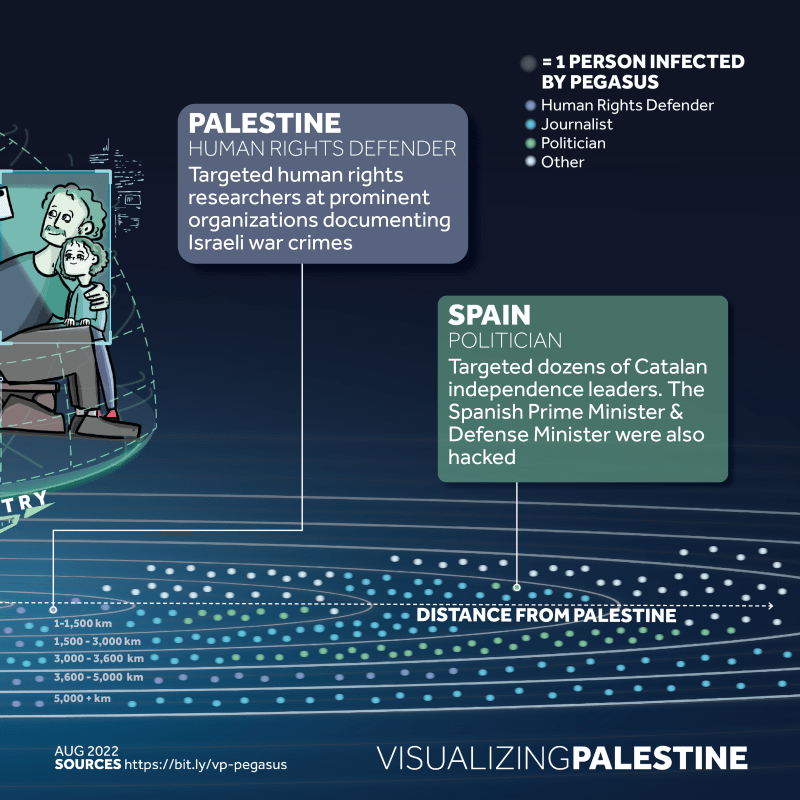 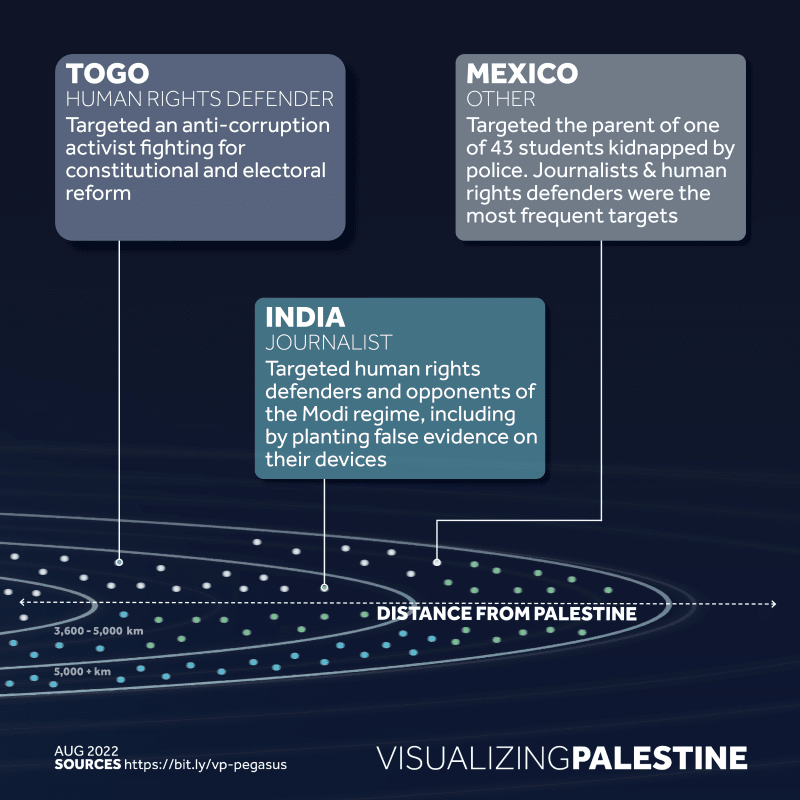 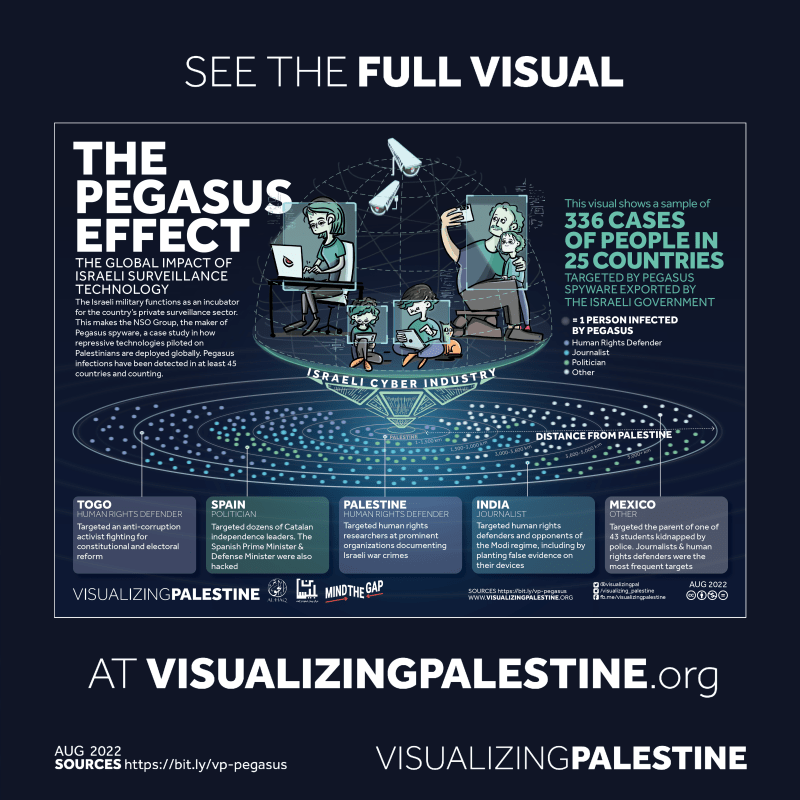