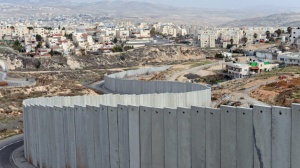 Between 13 June and 8 July 2022, Al-Haq participated in the 50th session of the United Nations (UN) Human Rights Council (HRC), which was held in hybrid form. Along with partner organizations, Al-Haq delivered written and oral statements focusing on Israel’s annexationist, apartheid and settler-colonial policies and practices against the Palestinian people, including repressive residency and entry procedures, escalated use of excessive and lethal force, and Israel’s land title settlement plan in Jerusalem. During the session, Al-Haq and partners articulated their support for the work of the HRC Commission of Inquiry (CoI) on Palestine established in May 2021, and its first report to the Council, tackling the root causes impeding Palestinian development.

On 23 May 2022, Al-Haq submitted three written statements under different HRC agenda items. The first statement, titled “Israel’s Escalated Residence and Entry Policies Further Entrench its System of Apartheid over Palestinians” was submitted under agenda item 3 on the promotion and protection of all human rights, civil, political, economic, social and cultural rights, including the right to development. The statement highlights Israel’s new ordinance of February 2022, titled "Procedure for Entry and Residence for Foreigners in Judea and Samaria Area," imposing expansive entry requirements in the Occupied Palestinian Territory (OPT) on foreigners, including Palestinian refugees and exiles who hold foreign passports, and academic professionals, in a move to further entrench its de facto annexation of the OPT. It also explains the ramifications of Israel’s revocation of residency of Palestinian Jerusalemites, whether under the so-called “center of life” or “breach of allegiance” criteria. Finally, the statement called on member states of the HRC to urge Israel to immediately cease all practices and policies intended to intimidate and silence human rights defenders, in violation of their right to freedom of expression, and repeal relevant discriminatory laws, regulations and policies.

The second statement submitted under item 3, titled “Israel’s Violent Attacks on Palestinian Lives and Freedom of Expression,” documents Israeli Occupying Forces (IOF) and Israeli colonial settler attacks since the beginning of the holy month of Ramadan against the Palestinian people, the holy sites, worshippers, and collective punishment measures including widespread raids, arbitrary arrests, and movement restrictions. In particular, A-Haq highlighted Israel’s egregious willful killing of Palestinian-American journalist Shireen Abu Aqleh, through the use of lethal and excessive, unnecessary and disproportionate force. It also highlighted Israel’s culture of impunity, and the instigation to violence by top level Israeli politicians against Palestinians. As a result, Al-Haq documented that 52 Palestinians were killed between 1 January and 22 May 2022. Finally, the statement urges member states of the HRC to denounce and bring to an end Israel’s unnecessary, disproportionate, excessive, and indiscriminate use of force against Palestinians, and support the investigation of the International Criminal Court into the Situation in Palestine.

In joint efforts with Community Action Center/Al-Quds University, the third statement, titled “Israel’s Land Title Settlement in Eastern Jerusalem: A Plan to Cement Israel’s Illegal Annexation of Jerusalem” was submitted under agenda item 9 on racism, racial discrimination, xenophobia and related forms of intolerance. The statement informed of Israel’s $16 million land title settlement plan in Jerusalem, implemented since 2018 under the pretext of reducing economic and social disparities and promoting social development in East Jerusalem, according to which all land in annexed eastern Jerusalem will be registered in the Israeli land registrar by the end of 2025. The statement further examines the implications of applying Israeli laws to the land title settlement in Jerusalem, stressing that this is only a political tool to cement Israel’s annexation of Jerusalem, with the aim to dispossess, displace and fragment the Palestinian people in order to establish a Jewish majority in Jerusalem. The statement called on member states to urge Israel to repeal all laws applied unlawfully in Jerusalem, and recognize that the land title settlement in annexed Jerusalem violates international law. Therefore, if carried out, all its findings shall be deemed invalid as an internationally wrongful act and all its conclusions, null and void.

Al-Haq joined the statement of Al Mezan Centre for Human Rights titled “Continuing Daily Violence and Denial of Basic Human Rights in the Gaza Strip, Occupied Palestinian Territory,” under agenda item 2 on the Annual report of the United Nations High Commissioner for Human Rights and reports of the Office of the High Commissioner and the Secretary-General. These highlighted the most recent Israeli violations of human rights of Palestinians in the Gaza Strip, including perpetuation of unlawful restrictions over Palestinians in Gaza living under closure and blockade, and the targeting of civilians and civilian infrastructure, which are continuous, systematic and escalatory in nature. The statement examined the root causes of Israel’s continued widespread and systematic violations of Palestinians’ rights, including its regime of settler-colonialism and apartheid, 54-year occupation of the West Bank, including East Jerusalem, and the Gaza Strip, and pervasive and institutionalized impunity for Israeli perpetrators.

Moreover, on 9 June 2022, Al-Haq, along with partner organizations, addressed 65 States, including the 47 Members States of the HRC, and third States, ahead of the start of the 50th session. In the letter, the Civil Society Organizations (CSOs) called on States to support the work of the CoI and ensure that the Commission’s mandate is provided with the utmost political, institutional, financial, and material support in order to end Israel’s long-enjoyed impunity and ensure justice for the Palestinian people. The CSOs further stressed that efforts to undermine this important and indispensable accountability mechanism would only prolong the denial of the Palestinian people’s right to self-determination and return, and entrench Israel’s apartheid and settler-colonial regime and violations of Palestinian rights perpetrated with impunity.